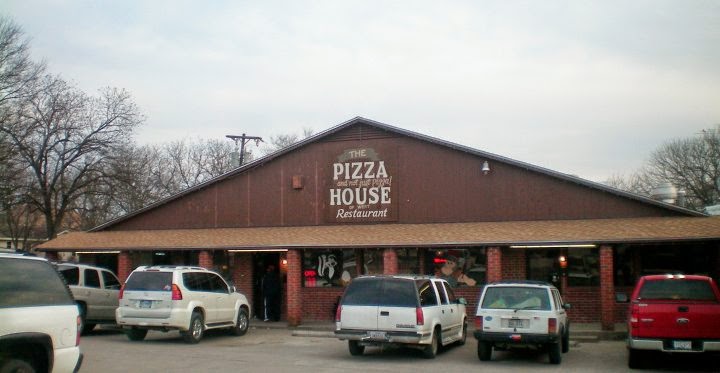 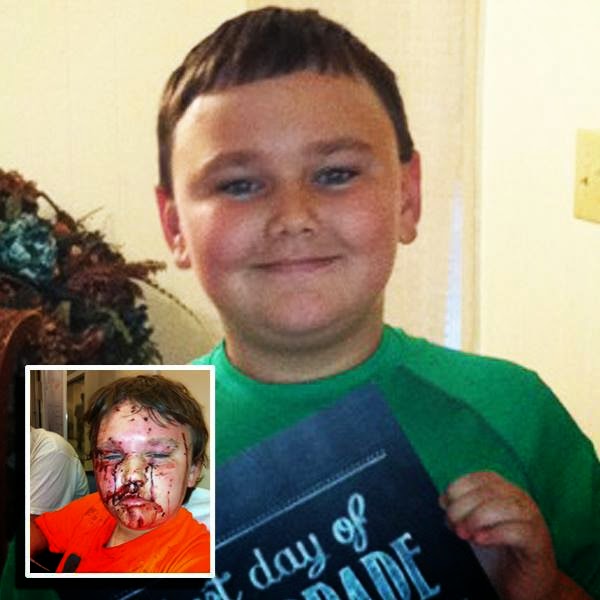 I know by now you know all there is to know about the Pizza House and Gerik Bakery.Jeanne and   Bryan (Jeanne's husband )(they own both businesses). Bryan and their son Kaden was in truck trying to get away before the fire got worse..well, the explosion happened and the glass blew in and and cut Kaden's face up..In his eyes and all over his face. The small picture was taken that night and the large one is of him now..This is one wonderful kid, being raised by two of the nicest people I know..even if they didn't feed me the best food I've ever eaten.
Remember when I asked you to send postcards to the residents..and we got so many..well, I'm asking again.could you sent a get well card, or just a funny kids card, to let him know he's being thought about..He's struggling still with PTSD and getting people from all over would be wonderful pickme up for him...I don't know their address, well it wouldn't matter ..their house was destroyed in the explosion also..so if you can send it to me..I'll make sure he gets them.
you know how I have no secrets..well, here is my address to send the cards/letters to...thanks in advance.
Kaden Anderson co:
Jacque Denney
701 Tokio Road #11
West, Texas 76691
cards started coming in...how great..I really want to hear from the frozen chosen, my little clan of friends in Arizona, and Canada...Australia and New Zealand..lets break a record here..

You got it, YDG! It'll be a pleasure to send Kaden a card.

Your zip code would be handy too so it'll get there faster.

I hope the emotional scars disappear like what he could have had on his face.

I will get a card next time I am out!

I got to thinking..cards would be nice but maybe post cards from where you live..so he can see where they come from on a map..I'll get him a map..

My little cartoonist is all over this! Greetings from the middle of the U.S.-Columbia Missouri

It will be in the mail the second I go walk the dog. Xoxox

I'll look for a postcard.

Mailed my postcard on the weekend, YDG! Hopefully it won't take TOO long to show up but you know how the cross-border mail is from Canada.

I think the mail I get from Canada takes about a week...lot of people are letting their kids make up cards for Kaden, which is terrific. I heard today that he's getting lots of mail from kids..Barbara at pizza said he was so excited about it and can't stop grinning.

I sent him a postcard from Snobville, home of the Snobosaurus. I think he'll like it.

Did you get mine?!

yes I did forgot to mention it..got Debra's too..Will and Laurent are send post cards from all the places they visited in Germany...he's so excited..His mom is making him a scrapbook and he's in hog heaven..he's doing so much better..

Glad to hear he's enjoying his cards -- it's such an easy thing to do to brighten a kid's day -- I hope he gets more cards!

I just now saw this. I make cards and one will be on its way as soon as the glue dries.

And I'm glad someone asked for your zip code.

I grew up in Hillsboro and now live near San Francisco.I would love to send something fun to this brave little Texas fella!