this is Shady outside of the place they stayed when they were in Taos about 3 weeks ago. 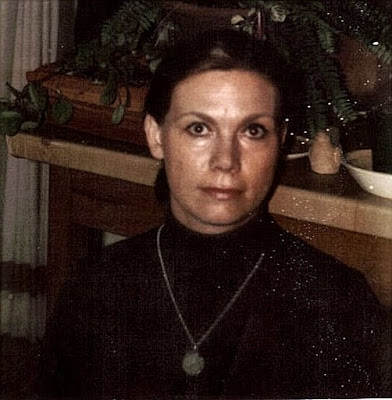 The brunette on the left is me at about 36. The one below is Shady as a model. She calls it her androgynous look.

This is Jamie and Harrison her husband. They live in Virginia. I was looking at the picture of them and I'm thinking ....why don't I like this guy..then I snapped...he looks like asshole#1....ole Bob. Explains why every time I would see him I always had this urge to smack him right upside the head. 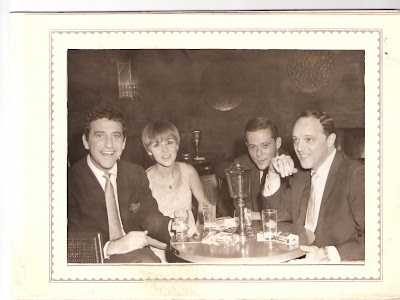 It you know who Soupy Sales is you will recognize him in this picture with:tada...my friend Shady Lane. This was taken she said in Miami in 1964. She was there applying for a job with American Airlines. She didn't hear back from them so she called them and they said she wouldn't get hired because she was too pretty and they figured she'd meet some guy and end up quitting to get married. Shady said she figured that would be a problem with the ugly girls, as the pretty ones wouldn't be that eager to settle down. Shady says that Soupy(Shady and Soupy..sounds like a sitcom) was well endowed in personality, humor and other things, if you get my drift. 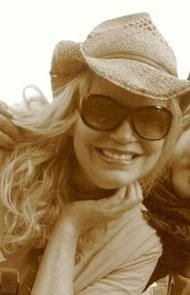 This is my old Buddy James Hand.

Latest picture of Mojo at some musical festival. Can you tell she's a Texas girl?
an older picture of Thom showing his Texas roots too.

Me and Jenny at her graduation. This is actually a good picture of me ...As I normally take terrible pictures. Trying to remember how long ago this was. Four or five years I would think..maybe longer.

Thom and Candi in Virginia while visiting Jamie a couple of weeks ago.

I have some recent ones of Jamie but for some reason they are now downloading correctly. Will do them later when blogspot isn't fucking up.
A bit of humor for you guys. I was talking to Anessa on the phone and we were talking about someone who has a dubious reputation. While talking about her I said she was a nice person but was a 'serial fucker.' Annessa and I laughed so hard we were gasping for breath. More to come...

MONDAY'S ARE GOOD IF YOUR TEAM WINS

for all my canaderian friends.

I love Miles and Miles and Miles of Austin. It was a great game...everyone said oh they have to win this game ...stupid people..we have to win them all..
I love your Mommy Buddha Boy...but I hope Arizona kicks the Giants ass. We need them to lose. Be nice to see Washington beat the Eagles Monday night. Well, it's always nice to see the Eagles lose. Life is fucking good.

There is a section in the D

AM News that is called points...I love it..editorials, little news clips. These are the ones I thought were extremely interesting.
"Sexy nun costumes, or dressing up as Jesus is OK, but an illegal alien isn't?"
anonymous Channel 11 blog commenter, on Target's removal of illegal-alien Halloween costume from it's shelves after Hispanic protests. (KTVT Channel 11, Monday)
(Probably because there were no complaining sexy nuns and Jesus was other wise busy.)

"My children are all gone. IT'S JUST DIEGO AND I. I miss him horribly."..Judie Simmons, 70 a Plano woman whose runaway terrier Diego was allegedly adopted through an animal shelter by an Allen family that won't give him back. (WFAA Channel 8, Tuesday.)
(What kind of asshole wouldn't give that dog back? A 70 year old lady needs her dog. Judas priest.. I suggest sending some nasty emails to Channel 8 for the stingy heartless family.)
"If I stood and seemed comfortable in my kitchen, it's natural. IT'S IN MY KITCHEN."-Eric Williamson, Virginia man arrested for indecent exposure after a neighbor cutting across his yard spied him inside his house making coffee

e in the buff.(WTOP-AM, Thursday)...
(So, let me get the picture here...a man is trespassing on this mans property and in breaking the law he sees the man in the privacy of his own home nekkid and the trespassers gets the guy who's doing absolutely nothing arrested for being nekkid in his kitchen. And the trespasser gets off with no charges. Holy shit. I smell Republicans at work.)
"They cou

ldn't re-enter their bodies because THEY WERE DEAD." Beverly Bunn, a Texas orthodontist reacting angrily to a New Age channeler's suggestion that those who died in a sweat lodge ritual in which Dr. Bunn participated chose not to return to their bodies because they were having too much fun. (The New York Times, Thursday)
(I hope they had their clothes on or they'd be arrested for exposing themselves.)
"There are s

o many different variables. They might not know where their mother and daddy are. They might be homeless. EVERYTHING ELSE IS ON THEIR MIND, and not learning." DISD Principal Mari Smith, on why about half of the system's fifth-graders aren't ready for middle school.(DAM News, Thursday.)..
(There is also the possibility that DISD is lacking teachers of quality because of the cut in their wages, forcing them to take other jobs, leaving teachers with lesser abilities teaching the kids.)
"Heene believes THE WORLD IS GOING TO END IN 2012. Because of that, he wanted to make money quic

kly, become rich enough to build a bunker or something underground, where he can be safe from the sun exploding."...Linda Lee, lawyer for former associate of Balloon Boy dad Richard Heene, who is believed by police to have orchestrated hoax. (the Associated Press, Wednesday)...
(If the world is going to end, all the money in the world isn't going to save your dumb ass.)
I thought I might do some DAM news for you as it looks like I'm not going to be able to keep getting it...As you know Rosemary paid for me to have it for 6 months. Since then they have upped the prices again and every time I ask them about the quoted prices before I get a run around. They seem to think this is an OK way to treat their readers as they mentioned in the paper how unhappy everyone was with the price increase. So to counter that they are putting back some of the things they had removed to 'save money'..and then they also put the DAM news on line. The quoted me $226.80 for 6 months and then when I got my bill it said $252 for 6 months. Which is $42 a month and not the $226.80 they promised..fecking liars. I suppose I can just truck along paying $42 a month for awhile and see how it goes. Damn you DAM News, Damn you to hell..
Posted by yellowdoggranny at 10/25/2009 02:47:00 PM 10 comments: