BRACE YOURSELVES.....ITS JACKIESUE
Yes, it's me and boy am I pissed off...I would have been here sooner but thanks to the slow snail computers here at my little library in West, by god, Texas, it has taken me almost an hour to hook up...I lack the ability to sit in my little chair and watch the blue square get larger...it makes me pissy...and as Sooner and Babs can attest..it's not a good idea to make Jackisue pissy...although it can make me a happy camper to be pissy. I actually stay pissy most of the time. Th

is being brought on by the lack of leadership in my country..I say my country, because sometimes I don't recognize most of the citizens I hear speaking out in defense of George W. Bush or as I call him...forest gump...I used to call him King George but soon realized that Forest Gump is a more fitting 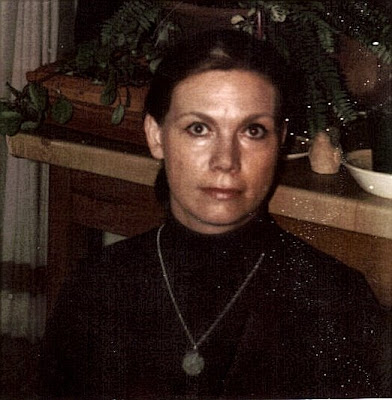 name..or one of the three stooges along with Cheney and Rowe....I wanted to get off to a good start here and allow you to get to know me slowly as I really do need to grow on you..too much of me at one time can be a very scary thing..I was born without the ability to censor my self..that little switch that is supposed to click on and allow you to stop and think before you speak was burned out while I was still in the womb...If it is a thought, it is spoken...I can piss off, embarrass or anger more people in a shorter length of time than just about anyone that I know..I sometimes am filled with remorse because I have angered or hurt someones feelings..but generally I just say "oh, well, fuckit". Something else I need to warn you about...I have a nasty mouth...due to the lack of switch thing and being raised in the military..I have set the land speed record for saying "fuckyou"...I actually was presented a plaque with this on it:"to Jackie, she has the fastest fuckyou in town"...I lived in Portland, Oregon at the time, so that covered a lot of territory...I now live in Texas, and still have the fastest "fuckyou"....I rule...one of my nicknames is Tacky Jackie....I take great pride in that..Being from Texas where we take great pride in being the biggest, best, tallest, etc..we also take great pride in being the best of the worse...biggest asshole, worse bitch, tackiest old granny ...that sort of thing...we be number 1...So fair warning..do not stop and linger here if you are a small child, right wing wing nut republican Bush lover, overly sensitive, overly fond of God and his kid Jesus(as I am also a pagan and worship the Goddess), or thin skinned...as I leave no prisoners...but if you have been known to have a warped sense of humor,and have the ability to take a joke...welcome...kick off your shoes, grab a Dublin Dr Pepper and a bowl of red...your in the Jackie Zone......
posted by jackiesuz at 1:00 PM 18
Posted by JACKIESUE at 7/17/2008 07:38:00 PM

LOL it's cute to see you've been slurpin' on the Dublins for so long! LOL!

Those are great pics too, BTW.

Most excellent! As always.

THat was great...wow I wish I would have found you all the way back then...my laughing and giggling muscles would be in better shape.

I'm pleased to see you've stayed true to form all these years!

The blogging world would be empty without your humor, f-word rich posts and attitude. Not to mention I wouldn't have my Gaea without you :) Keep on blogging - you're the best.

A long time ago and far far away...
I remember this. It was when I first found out that steroids just about destroy me.
It was a strange time. Sooners Bar & Grill was still in bussiness and everyone was signing on to see who had made the move and who was still on crapster.
But now with new pictures to modify.
For a while I tried to post on both sites but started to see double.
Now I have trouble posting anything.
What made you get into Mr. Wissards Way Back machine?

this was totally fucking with me

moderation is for fucking monks.

if you're gonna curse, do it fucking right.

Nice to meet you, goddammit.

"but if you have been known to have a warped sense of humor,"

And to think I just found ya a month ago...

rox:I have been slurping dubling dr pepper since i was about 2...
buddha_girl:thanks sweety..
sling:some things just dont change and Im one of them..
tsduff:oh i plan on blogging right up until they pull the plug on me..so many people..so many people to piss off.
nitwt:i remember when you were really ill, sooners bar which i hardly ever got to join in on as the library was closed on fridays and i didn't have computer at home then..i'd just settle for one post a week from you now.. Mr wissards way back machine????? right over my head..
lic:actually that was my first post here..i started in march of 2005, but we were all at blogster.com and we all got thrown out..seems like it's been much longer...
gaddy:i can only hope..hahahahah
billypilgrim:don't I always?...
rowan:im always me...no difference..ever..
allan:fucking A
raspootin':right back atcha..
catscratch:oooh, man have you missed a bunch...I still think my favorite posts were when I did the "year"...started with the 50's and went year by year..what was going on in the world, what I was doing, the music of that year, movies, etc..all the way to 2000. that was fun...

The year posts were the greatest but I remember not all of them were fun to read or write.
You must have never watched the Rocky and bullwinkle (sp) show.
They used him to give some creative history lessons.
We started blogging at about the same time but I seem to be losing the total post count race.

nitwit:yup, 1974 was hard, and so was 1982..but not as hard as living it...
fractured fairy tales?...oh i loved them..and rocky and bullwinkle for that matter...
you need to do some posts my friend..i know you have lots to say..

And the world hasn't been the same since. You have a *much* wider audience over here than you did over at Shitster...

you seem kind of angry,
Are You?

josh:i'd like to think i changed somebody's world..and that's a good thing
shea:angry?....oh no, I'm the happiest person you will ever meet...I just like to MAKE people angy..but only evangelical christians, right wing wingnuts and republicans...if i can make them angry..then im reallllly happy...

That was great. A lot of people who were blogging then have stopped and you just keep getting funnier.

what an awesome intro!