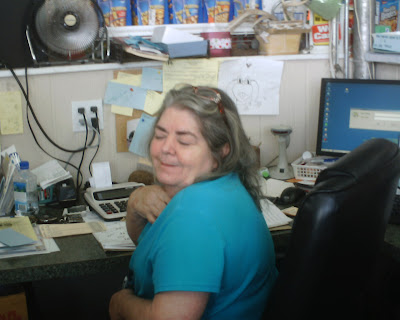 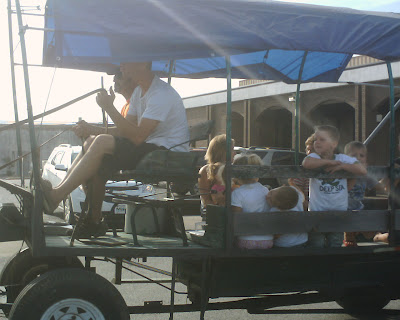 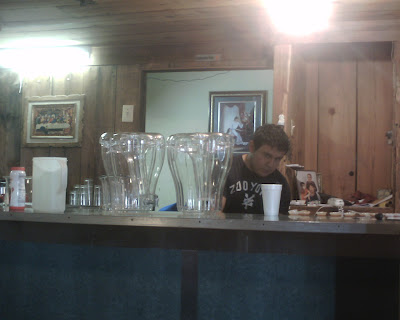 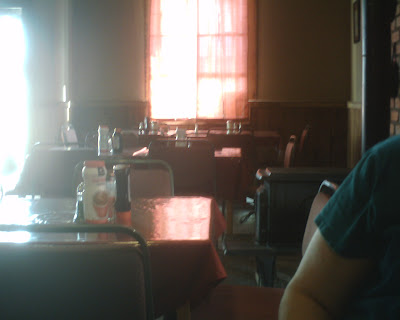 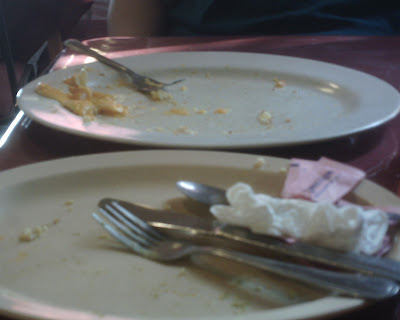 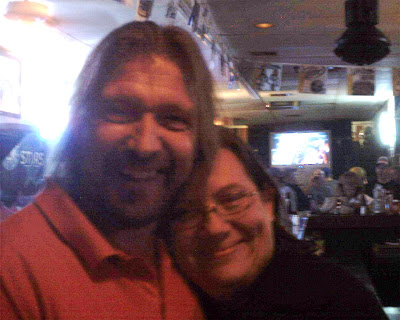 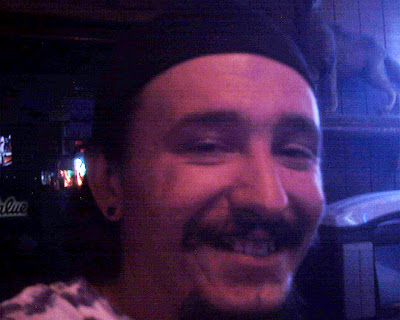 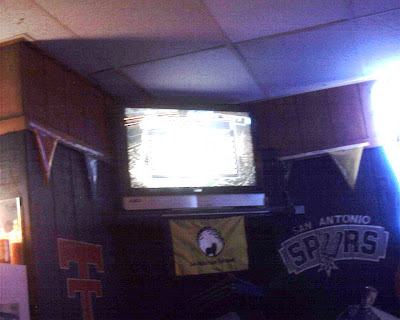 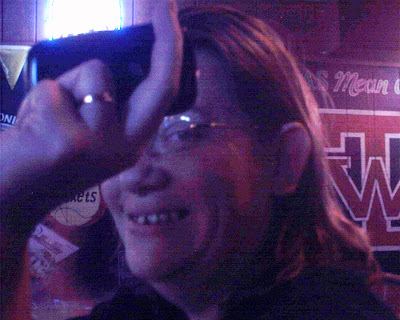 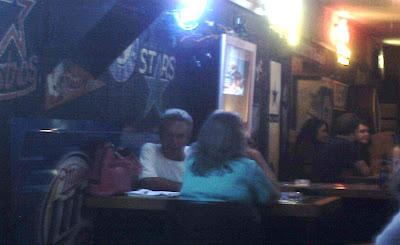 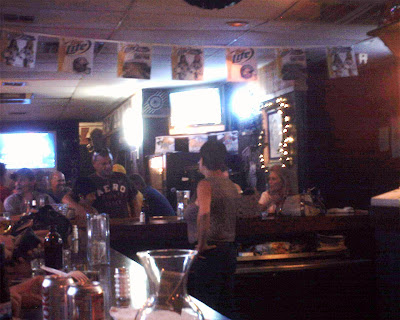 only in West..this is a buckboard being pulled by 2 big ole beautiful mules, but couldn't get a picture of the mules. We were holding up traffic trying to take this one. They were giving rides from First National Bank of West around down town. Dang..Babs and I should go hitch a ride.

Was going to take pictures of our breakfast, but we were so excited about it we just ate it. so there are the empty plates. Babs had bacon, cheese, potato omelet with hash browns and a red sauce. I had egg/bacon/sausage burrito with green salsa. plus our drinks.Babs was under $6 mine was under $5. And it fecking rocked. I'm a green salsa gal..and this is hot hot hot..and good good good..But I actually really did like the red and I'm not crazy about red salsa but this is really good. The kid even let us take our salsa home in little containers.

Inky and Anissa.. Tanner..Inky's nephew.
Tried to get a good picture of Donna the bartender, but she's always moving. Watched the game from Wolf's last night..I like watching Cowboy games from Wolf's..no one bats an eye when I scream 'run mother fucker run.'...Where it does scare the crap out of Dexter.
we're still breaking the 100 or over days in a row..44 and counting.sigh*..
Tomorrow is Anissa's 40th birthday, and we're going to Inky's niece's wedding in Wacko..I am designated driver. Tonight we are having Anissa's birthday party at Wolf's. I am making her favorite Chocolate cake(the one on the Hersey's Cocoa can) with Chocolate Icing. I got her a Mojito Cocktail Mixer for her birthday. Now all she needs to get is the rum. Wish you all were here. I have a feeling it's going to be a rocking weekend. We can only be glad I'm not drinking anymore. Birthday's and weddings...what a great excuse I'd have to pull a weekend drunk. I'm pretty sure someone's ass would be kicked..at some time or another
either at the wedding or the birthday party...Happy fucking birthday Ansa.
Posted by JACKIESUE at 8/12/2011 10:09:00 AM

These are the kind of posts I LOVE! I love hearing about the goings on in your life, what you do in West and what crazy antics you and Babs get into! Have a great weekend and designated-drive safely!

Great photos! Sounds like you're starting a fun weekend early. But I'm sorry -- I just cannot believe that such a sweet-looking woman like Patsy Patsy Patsy would EVER give you the finger.

Birthday's and weddings...what a great excuse I'd have to pull a weekend drunk. I'm pretty sure someone's ass would be kicked..at some time or another

Loved the pictures. Sure a lot of posts!