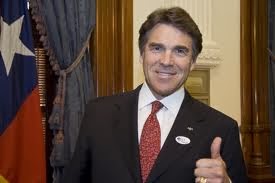 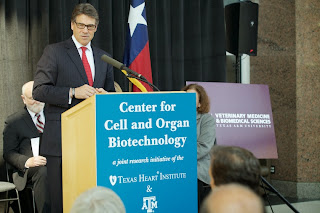 Governor "Good Hair" Perry is following in the footsteps of his predecessor George W. Bush and has  fucked over us Texas and it didn't matter if you were Democrat or Republican. He doesn't care what age, color, religion, sex, or what political party you belong to. He's a fucker for all seasons..He kicked Medicaid to the curb, and with a state that has one of the highest percentages of people that are not insured, and depended on Medicaid to pay for the 20% that Medicare doesn't pay he really stuck it to all of us... Yup..and you know that meant me.  Bastid.
I am back on my band wagon..I'm kicking asses and taking names. I turn 70 tomorrow, so what have I got to lose. I don't smoke, drink, do drugs or have sex, so what can the do to me? Send me to jail, or better yet prison? hell that would be a step up..get 3 meals and a cot and the inmates have free dental, get new glasses for free, hearing aid..and I don't look all that bad in orange..
so my friends..Jackie is back..I warned you about Bush and you wouldn't listen and look where that got you..So I'm going to tell you what to expect if you vote for Good Hair.
Bend over, he's coming for you next.
I'm brain dead...the reason I did the post and put up the before an after pictures..is I think Perry is hoping  that the glasses make him look smart and maybe we won't recognize him with them on..Going to have to have a major over all for us not to recognize stupid..and Goddess help us...Forest Gump was right...'Stupid is as stupid does.'....
Posted by JACKIESUE at 11/11/2013 03:34:00 PM

I was in the doctors waiting room today and of course they had FOX NEWS on the big screen TV's. He has an add on there blaming President Obama for the two million jobs that we still haven't gotten back that were lost on his buddy Bush's watch and bragging about how Texas was doing great job wise. Of course he didn't mention Bush or the fact that the jobs gained in Texas are poverty level part time work with no benefits. Nice to know he's spending Texas tax money to gear up for a 2016 run.

You go girl!!! As a native Texan who left as soon as I could, the politicians from Texas are an embarrassment -- to say the least.

You need to start smoking, drinking, toking and having sex...you are missing out on life.

I'm with Ol'Buzzard. You need more sins JackieSue. You've got nothing to use to bargain with God. Here in good ole Florida we've got Skinhead Scott and... virtually no medicaid as well.

So this is your final day of being SIXTY-NINE? May it live up to its name! LOL!

Good to see ya posting happy again. You always knew we loved ya, you just needed to be told LOL

I predict Texas will be the first state to leave the union.

Oh, amen Jackie! Surely he will self-destruct once again. The man is so stupid that I just don't believe he can carry off an election, but then his predecessor managed. The difference, Good Hair doesn't have a positive name recognition. Had it not been for Daddy Bush, I don't believe Shrub would have made it.


SO regardless - you go girl!

he's such a jackass..and I do think one of his advisers said wear dark horn rimmed glasses, you'll look smart...take more than glasses..dumb ass.

Woman - you want to hear from your readers, well here you go!! You are very often the highlight of my day. Your wit and wisdom reach across this great state of ours and soothe my soul. It's pretty hard to be pagan and liberal in Texas and I'm a fan. Thanks and keep up the good work.

I so appreciate all the words of encouragement..thank you so much.

I don't think there is one "honest" one in any of the career politicians...