I'm serious ..not a fucking thing happened...I went to all the scources that I use on line to find out the events for the year...and nothing..nada, zip, zero, zilch, nary a thing..well, some teenage black kids tried to start up another Watts riot and got shot for their effort....France withdrew from Nato(big whoop).The only thing of worth that happened(this one is for you Dom)...England defeats W. Germany for the World Cup In Soccer(ok, Dom..football)4-2...so it wasn't a total wash out...I really couln't figure it out...why...did...nothing ....happen...Then I remembered the year...1966...fuck..we were all stoned....we were toking, droping, tripping, meditating, dancing, moving and a grooving, and getting down...We were in no frame of mind to actually do anything...we were bombed out of our little grass soaked minds...we were gazing off into the distance marveling at sunsets..feeling our hair grow, seeing flashes of color and waving our hands around in the 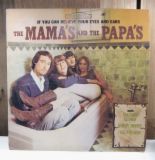 air, watching the trails....(not this year, but about 1968 I actually followed a

cigarette a guy was smoking all the way to the ashtray...with my nose in the ashtray...was follwing that little red ball of light where ever it went..when the

guy put his cigarette out, I was heart broken..)
Actually everyone else was tripping but I was throwing off the binding ties of matrimony...We are in Portland, Oregon, Thom is 4 months old, David is 22 months old, I have never worked with the exception of some waitress jobs and not a graduate and no experiences for the job world...This is the world of Jackie not knowing Jackshit...but Jackie knows one thing...Bob has got to go...The final straw was when we were down town Portland and clothes shopping for the kids...We passed a window and don't even remember what was in the window, but I stopped to admire it..and #1 grabbed my arm and said 'come on stupid, you know you're not going to buy that..I have all the money'....snap....yes, you actually do here that snapping sound when your mind goes...I heard it...it went 'SNAP'.. and I could smell the frayed ends of some brain cells on top of it...I slowly turned around and shook my arm loose and very calmly said(anyone that knows me when I am calm about anything................run for the fucking hills)'don't ever call me stupid again.If you call me stupid again, I will pick up the bigest handiest thing I can find and I will beat the living shit out of you'...(this coming from someone who has stood by and let him call me names for 6 years)....Bob, the asshole, didn't belive me...So, I told him, 'that's it, I'm serious..you call me stupid one more time..and your gone..out of here..history..I will divorice you and you can kiss my big tittied young ass goodbye..'
Well, he could no more stop being an asshole than I could being big tittied...so he called me stupid at a later date, and I threw his ass out...He said, I would come crawling back to him, that I didn't know how to do anything, wouldn't get a job and would be back in a week...Well, it's been 40 years.....I not only got a job, as a cocktail waitress at the Palm Gardens, I got another job as a bartender at a beer bar(The Hook & Ladder)...I was a gogo dancer on Sunday nights, I was a nude model for an art school on Wed. nights, and was a model for a magazine, that specialized in sports wear...Most of these jobs still allowed me to spend a lot of time with my boys as they were at babysitters by bedtime and I picked them up in the am...I was still nursing Thom when I went to work at the Palm Gardens...pumped my breasts

for the 10pm feeding and was home before the next one..but I would still leak milk all over my little Hawaiian shirt that I wore over my fish net hose and high heels...It actually helped me with the

tips...and no one made a pass at me...who wants a nursing mother, no matter how big them tits were..Every body drank, took drugs, and had a great time..I worked my ass off...that is actually when I started drinking...Had never drank before in my life...23 years old and didn't drink..but drinking runs in my family so I took to it

like a duck to water...So while I am learning to be free and taking care of my 2 sons..the music goes on....'Lightning Strikes' by Lous christie(there is another song if you try to sing along with will hurt you). The Righteous Brothers had one of the best song's ever out"Your My Soul and Inspiration,"...damn I loved the Righteous Brothers...'Good Loving' by the Young Rascals, 'These Boots Are Made For Walking'....by Nancy Sinatra was a BIG HIT for me..The Beatles had more hits with 'Paperback Writer' 'Elanor Rigbey,'and "Yellow Submarine."
Oh man, do I remember the first time I heard 'Monday Monday' by the Mama's and Papa's...'Paint It Black' by the Stones.and the song that everybody thought was about something dirty...."Gloria", by the Shadows of Knight."When A Man Loves A Woman." by Percy Sledge..Simon and Garfunkle say the greatest songs,'I am a Rock',and 'Homeward Bound.'...'You Don't Have To Say You Love Me.' by Dusty Springfield..'It's a Man's, Man's, Man's World' by James Brown.'Sweet Pea' by Tommy Roe.and most people were '8 Miles HIgh' by the Byrds..'Rainy Day Woman nos 12%35 by Bob Dylan..
Man...there were so many great song this year...'Green Green Grass of Home'by Tom Jones,'Devil with a Blue Dress on/good Golly Miss Molly' by Mitch Ryder and the Detroit Wheels..and the first time I heard Aaron Neville sing 'Tell It Like It Is', I nearly swooned...I fell in love with Donovan who sang'Sunshine Superman', 'Mellow Yellow', and 'Season of the Witch.'ohh ohh, and hey hey their the monkeys and 'Last Train to Clarksville'...does anyone besides me know that that song was written as a protest to the war song? and was a ballad and the Monkeys tricked it out and jazzed it up and changed the meaning completely...'Wild Thing'...by the Troggs, oh I liked that song..and a song that I hear all the time on my oldies station..'Red Rubber Ball.'...'Hey Joe', by the Leaves..'A Groovy Kind of Love', by the Mind Benders....anyone having a musical flash back yet??? how about 'Little Red Riding Hood' by Sam the Sham and the Pharaohs?'....'You Keep Me Hanging on'..by the Supremes...
well, belive it or not..there are many many more...1966 was a happening.I don't know when I found time to listen to the music as I was working all the time..but the Palm Gardens hired some of the best bands around and they played all the hits...The best band we had was a 3 peice band called the Razor's Edge...which was really small for our club as most of the bands were 5-12 members...but the Razor's Edge...wow, they were terrific...and all they wanted to do was make enough money so they could go back to their home town and open up a bowling alley..they cracked me up...most bands were hustling the waitress's, drinking, partying...these guys would finish their gig and go across the street and bowl all night long...wonder if they ever bought their bowling alley?....ahh, those were the days my friends...those were the days....

oops, sorry.i forgot to double check before i posted it out and are spelling mistakes, and bad grammer...sorry..hope it didn't ruin it for ya...jac

I like your typoids JS ... Thanks for mentioning England.
You forgot that Medicare began in 1966 , Billie Jean King won Wimbledon and the first episode of Star Trek "The man trap" was aired sep. 8 1966

I doubt there was any time for TV?? Or did you even own a TV?
Good for you for standing up for yourself. You were a hard working mama!

not long ago I was watching a series on the making of the stage show "Dusty"...was pretty interesting...never knew she was a lesbian til I saw that show.

ain't it funny how time slips away.

the more i read your reminders of the sixties the more depressed i'm getting over the crappy music being put out these days.

i gravitate so much to that part of the 60s, even though it was before i was born (well at least this time around)

So glad you kicked the shithead to the curb! If not you would not be the strong beautiful and wise woman you are today. And so proud you were such a damn hard worker. I hate to use a overused line, but YOU GO GIRL!I am intrigued by literally hearing your mind snap.

I don't know what it is but "Paint It Black" by the Stones always moves something inside me.I love the song.

I remember that year!
Mom and Step dad trying to make a home for us on Staff SGT. pay in Arkansas. Three boys and support for two others and a baby on the way. We ate a lot of hot dogs and beans that year.
You’re supposed to post pictures of the Go Go Dancer Jackiesue.
We are finally going to have good weather for a few days unless there is unauthorized naked dancing.
Hey Babs says they got rain.

Jackie Sue, are you shaking your ass toward 'Bama, it's raining! Of course, we need it so shake away baby.

1966, I was 11 and really into music but I hadn't hit the recreational drug use yet.

Bravo for kicking shithead out, you deserve better. Hell, all of us deserve better than someone whose only means of self-respect is to trample on the respect of others!

Hey in '66 I was already out protesting. I can't remember if it was for the civil rights causes or the war, but I sure was doing something and yea, we were smoking weed too. I was also dating my first husbanc back then. God, why did't I just smoke weed, protest and stay away from that one? It is OK he was gone by 1968 and I had my first baby boy. Oh yea that is when I went home and started limiting my protesting. Had to work and raise a kid then.

i have always had a dream of, if i ever had another band, covering 'paint it black' and slowing it down to go with my voice... it would be sweet.

oh heavens I remember the troggs LOL! Hi there, dr.john sent me over. I was living in wembley 1966, home for the world cup finals.
enjoyed reading your blog.

Did you go-go dance in a cage?! I hope so! I was still a toddler in 66 but I love the underground, garage music of this era. 65 and 66 were my favorites, by 67 everything took on that Indian/druggy/psychedelic influence that I wasn't crazy for. Did you dance to "Dirty Water" by the Standells? Remember when they were on The Munsters?

Hmm, the drugs sound interesting..and YAY for you gettin rid of the asshole. Nobody deserves to be treated like shit just because they're a woman/wife/mother.

Nothing happened? It sounds to me like you were doing all sorts of shiznit. Kicking out an idiot husband and growing up are pretty darn monumental. It's inspiring to me!

That last time Greg called me stupid I replied " Yes, I am stupid, stupid for marrying a jackass like you."

Verbal abuse is a terrible thing to live with.

You have had the most interesting life!

I think I was in San Jose (as in "do you know the way to" about that time but those years kind of run together.

"Tell it like it is . ." I moved from Detroit to L.A. and the first day went to Dead man's curve to get to Santa Monica Pier. My most played album was "Freak Out" Remember Love's Little Red Book?

One very important event that occurred during this year was my birth. Happy birth year to me!!! Good for you for standing up for yourself.