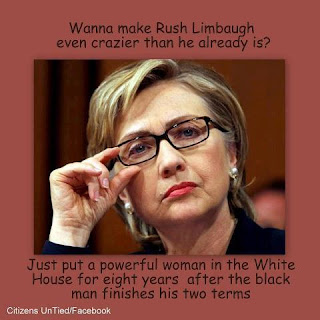 I would love to see Rush have an embolism on air after she was elected.

My wife and i are headed down to vote this morning. Hope it makes a difference.

I was depressed when George Bush was elected - especially for a second term. I never thought there was anyone that would be less acceptable than bush, but the republicans have out done themselves this time.
goddess help us
the Ol'Buzzard

Hahahahaha, wouldn't that be great?

I hope she runs. I'll vote for her.