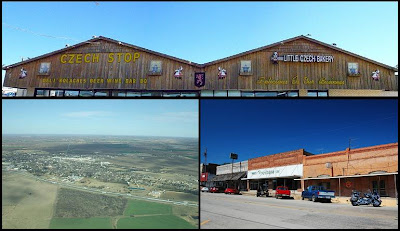 Hey, that really is a big deal that the Vietnam Memorial Wall replica is coming to West. Good for everyone for raising the money!

What's the story of the street webcam in your sidebar? Not to change the subject?

Thanks for the update.

Me too, me too!
THX for all the effort you put into your blog Jackie.
(((hugs)))Pat

I'd love to buy a house in West, then I could have a warm place to go when it's cold as fuck here! (Like now!)

So sad that the Rest Home lost seven. Uh, not to be an ass, but it didn't have anything to do with Jackie's Kitchen, did it? ;)

well it was almost a month since the last kitchen..but Loretta did pass away the next morning after eating my whole wheat bread lids..

three comments:
1) the wife and I look forward to your hump day and Friday post - please keep it up.
2) Callista Gingrich has to be a plastic blow-up doll.
3) I know you love West Texas. I landed in West Texas on a flight when I was in the Navy and my only memory was that you could look further and see less than any place I had ever been, and that included the arctic. And for me, nine churches would trump $129,000 house. But different strokes and diversity...
3.a) fried pickles: really?