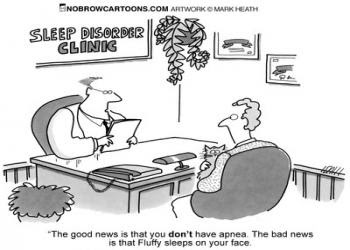 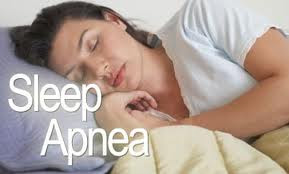 Ok, here's the deal..I had filled out some rinky dink form for sleep apnea and I passed it with flying colors. Which means I flunked.
They came over and brought me some sort of contraption and a finger clip for me to wear all night while I slept. The picked it up and within hours they were rushing me over 2 separate tanks of oxygen for me to wear at night time when I sleep. Seems I quite breathing on an average of 42 times every hour.Brain is not getting enough oxygen when I quit breathing ..(duh) the first night I slept with the oxygen hooked up to me I got up 2 times to go to the bath room and slept about 7 hours..Second night I slept almost 8 hours and woke up once to pee. A record. Already I feel 100 percent better. Tomorrow at 8:30 I have to be at Scott and White's Sleep Clinic to get all hooked up with wires and stuff so they can check me for sleep apnea and take a second sleep test in 2 weeks..
To say I was a tad freaked out about not breathing 42 times each hour is an understatement..No more jokes about me sleeping like the dead..I fucking near was. But it's something that can be fixed. I will either continue sleeping with oxygen or I'll wear a cpac? think that's what it's called, which I'm not crazy about..it forces air into nose or mouth..I'd rather just get oxygen. But I need to lose weight..if I lost 50 pounds it would probably go away. fuck..I'm dieting as fast as I can..but I'm going to have to start doing exercise..I had tried before but I would get so out of breath that I'd quit..well, now I know why. So will start out slow and work my way up..Going to try my yoga exercises and try tai chi first..With 4 back operations I'm not a good candidate for any strenuous exercises.
I haven't gotten the results back from my moles. They keep sending the wrong persons tests...sigh*...but I'm not really worried about them as they all looked good and healthy and it was done just as a precautionary. So that's my bad news. Sorry to get everyone all worked up when it's not as bad as I first thought..Oh..the worse thing? Dexter hates the oxygen tank..it beeps when I first turn it on and then it sounds like a train is going thru the bedroom and it freaks Dexter out. First time I turned it on he jumped about 3 feet straight up in the air...ran behind the blue table and peeked around at it like it was going to get up and chase him..I woke up this morning and he was about 2 inches from my face..staring at the nose tubes and then he reached up with his paw and patted it a couple of times, trying to figure out what the hell it was I guess.
Oh man..if it's not one thing..it's another..sigh*..but in the grand scheme of things..it could be worse.
Posted by JACKIESUE at 2/09/2012 06:33:00 PM

My brother has sleep apnea, it took him a bit to get used to the mask, but it's saving his life and that's all that matters. Tai Chi is a great form of exercise to start out with.

Well that's scary. Glad they've got something for it.

Do what you're told. If Dexter can get used to you, he can adjust to anything.:)

Except no you. Stick with it Kid!!!

Are you sure Dexter is/wasn't sleeping on your face???

My sister has sleep apnea and uses the CPAP machine every night. She says you get used to it and don't even really notice it after a while. And it makes a big difference to energy levels! So I'm glad you got diagnosed and help is available.

Cute story about Dexter. He's concerned about you!

Please take care of yourself. I don't even want to imagine a world without Yellowdog Granny.

I'm so glad it isn't anything worse. Go vegan, sweetie, the weight will drop off like, um, Magic!

Two of my sons wear those contraptions. Medical science is
m a r v el o u s !
You will be adding years to your life now !!!!!!!!!!
Long live Jackiesue :0)
Your description of Dexter's re-action to the oxy machine cracked me up. I could just picture him. (((hugs)))Pat

I know a few people who sleep with a CPAP and say they wish they had known about it sooner. The really are different now because they don't walk around all day being cranky and bitchy (not that you are) tee hee hee.

What worked for me as far as exercise is to do it first thing in the morning before I can think of reasons not to.
Now it's a habit, wake up, go to the bathroom, put on the coffee, exercise.
Don't worry about form or intensity at first, just do something that gets you moving for 20 minutes. It's amazing how much that 20 minutes does to make you feel better during the day.

I have it and have been using a CPAP device for over 3 years. It takes awhile to find the right mask but once you have it you will never want to sleep without it. I take it on trips with me and if I don't have it I miss it.

So glad you got diagnosed before it did some real damage.
I agree about exercise, do it first thing and get it over with, I used to go out walking before the sun came up and it was lovely. I should do it again.

I think "Sleep Apnea" is the latest "fad" in the medical world. But if you feel lots better after a night on O2 then all the better!! Just don't be smokin' after all that sex ya gits...