My Beef with Bernie

$1 he ain't a democrat...
Bernie running for president as a Democrat is like going with one girl for 4 years..but drops her and asks the most popular to the prom..
But I will vote for him if he wins among the real democrats. 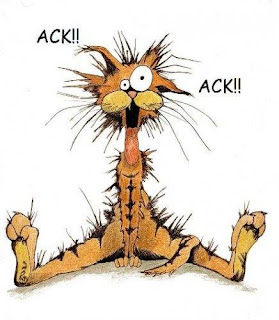 Well, it's a long race yet.

I don't care who gets the democratic prez-elect. Just as long as it's a democrat and they are sane I'll be happy.
Personally, I'm hoping Biden runs and picks Obama as his VP. I checked. It is possible although never done and the 16th and 22nd amendments don't say he can't.

I'd rather see Warren win, with someone like Buttigieg as VP. Or Buttigieg, with a gay black woman as VP. Some combination that will make the MAGAts go utterly frothing-at-the-mouth crazy.

I will vote Democratic, because my life =does= depend upon it, but Bernie needs to do us all a favor and Fuck RIGHT Off, Right Now...

I never heard of Buttigieg before I saw him interviewed on Morning Joe and I was impressed how down to earth and intelligent he is. And when he said his husband would be with him in the White House that cooked it for me - He would have my vote, not only because he is qualified, but the fundamentalist and racist and homophobic Republicans would all set themselves in afire like Vietnamese monks.
the Ol'Buzzard

Bernie did not cost the Dems the election - Clinton won. It was the Electoral College that sent the election to Trump.
the Ol'Buzzard

I stirred the pot with the anti bernie thing..sigh*...
I'll vote for who ever wins the democratic nomination..I just want to get a democrat back in the white house ..