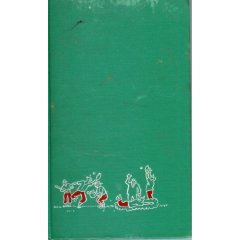 (another h. allen smith title)...
Ok, this one is going to be difficult for me to talk about as I am so pissed the back of my teeth are yellow and steaming....this was in DAMN NEWS, under Nation......it is sooo unfuckingbelievable that I find it hard to even think that it could happen and that there is a discussion about it in the House.
Does anyone else besides me find it terrifying and unfuckingAmerican to know that an Arabian country is in charge of the security of 6 major ports? Isn't that akin to the fox guarding the hen house?...this is the fucking article..(I'm going to say fuck alot here, so if that word bothers you.....? leave fucking blog NOW.
HOUSE LEADER SAYS SECURITY STEPS INADEQUATE FOR PORT TAKEOVER.
Policies don't address who Arab firm can hire for U.S. operations.
Washington..U.S. terms for approving an Arab company's takeover of operations at 6 major American ports are insufficient to guard against terrorists infiltration, the chairman of the House Home-land Security Committee said Sunday.
"I'm aware of the conditions and they relate entirely to how the company carries out it's procedures, but it doesn't go to who they hire, or how they hire people," Rep. Peter King, R-N.Y., told the Associated Press.
"They're better than nothing, but to me they don't address the underlying conditions, which is how are they going to guard against things like infiltration by al-Queda or someone else; how are they going to guard against corruption?" Mr. King said.
(jackiesue: "excuse the fuck out of me...but shouldn't the main underlying problem be....WHAT THE FUCK ARE ARAB'S DOING GUARDING OUR PORTS?.....WHO THE FUCK LET THIS HAPPEN?)
He spoke in response to Home-land Security Secretary Michael Chertoff's comments of the sale.Mr. King said he learned about the governments terms for approving the sale from meetings with senior Bush administration officials.
Mr. Chertoff defended the security review of Dubai Ports World of the United Arab Emirates, the company given permission to take over the port operations. Mr. Chertoff said the government typically builds in "certain conditions or requirements that the company has to agree to make sure we address the national security conerns." But Mr. Chertoff declined to discuss specifics, saying that information is classified.
(jackiesue:WHAT THE FUCK? DOESN'T IT SEEM TO YOU (AS WELL AS ME) THAT EVERY THING IN THE FUCKING BUSH ADMINISTRATION IS FUCKING CLASSIFIED?...DID YOU PEE TODAY PRESIDENT BUSH?..THAT'S CLASSIFIED...HOW MANY TIME HAVE YOU FUCKED OVER THE AMERICAN PEOPLE THIS WEEK? THAT'S CLASSIFIED... AHHHHHHHHHHHHHFUCK......) 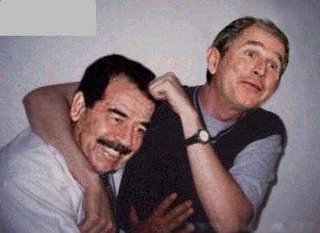 "We make sure there are assurances in place, in general, sufficient to satisfy us that the deal is appropriate froma a national security standpoint," Mr. Chertoff said on ABC's This Week.
London-based Peninsular and Oriental Steam Navigation Co. was bought last week by Dubai Ports World, a state-owned business. Peninsular and Oriental runs major commercial opperations in New York, New Jersey, Baltimore, New Orleans, Miami and Philadelphia.
Lawmakers from both parties are questioning the sale as a possible risk to national security.(jackiesue:YA FUCKING THINK?..AND EXCUSE THE FUCK OUT OF ME, AGAIN...BUT WHY ARE WE EVEN PAYING ATTENTION TO MR. CHERTOFF? ISN'T THIS THE SAME STUPID FUCK THAT HELPED FUCK UP NEW ORLEANS BEFORE, DURING AND AFTER THE KATRINA HURRICANE?....ARGHHGHGHGHGH)
"It's unbelievably tone deaf politically at this point in our history," Sen. Lindsay Graham, R-S.C. said on Fox News Sunday.
Sen. Barbara Boxer, D-Calif., on CBS's Face the Nation, said "It is rediculous to say you're taking secret steps to make sure that it's OK for a nation that had ties to 9/11(to) take over part of our port operations in many of our largest ports. This has to stop."
Critics have cited the UAE's history as an operational and financial base for the hijackers who carried out the attacks of Sept.11, 2001.

JUDAS FUCKINGPRIEST....I'm going to look up and see who I have to write to in my state to lodge a complaint. Letter to my congressman, the state senator, etc. Would write to good hair perry but don't think he can read. I will be sending out a batch of emails and letters to everyone I can think of in Washington. Because this is fucking crazy...I know the Arab's are asshole buddies with forest gump.....but this is fucking too much...

simply draw no pictures of our prophet and you're safe.

i too, find it unfuckingbelievable. i almost did a post on it but you did a much better one than i could have dreamed of doing. i just don't understand the whole thing. not one bit.

Once upon a time there was a law that said that to win a U.S. government contract you had to be a U.S. company who has paid taxes. Hard to find now that they have all moved their money to the islands.
I think if you look at it every decision that the gump has made is understandable if you remember that he believes the rapture is starting and wants to speed it along.
:)

Our own government is just handing our country over to foreign nations little by little. I have also contacted my rep and senators but I know what the response will be and always is. The Republican will say he stands behind the President and believes he is doing what is best for our people and the Democrat will say he is outraged and will do everything in his power to stop it. That is why it is so important to change our government in DC next election. VOTE.

I think it is just more proof that it is not "American" interests that Bush regime is defending, rather it is "rich people" interests.