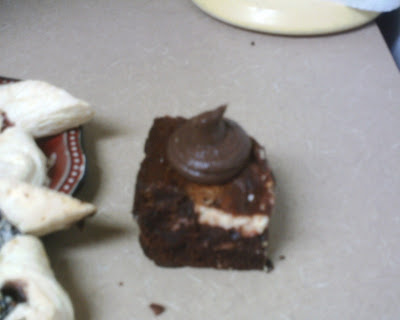 Before I even get started on the West news... Czech out what was waiting for me at Gerik's Old Czech Bakery this morning...except there were 2 of those hunks of chocolate goodness. I barely made it out of the parking lot before I ate the whole damn thing. My blood sugar was really really low, I was shaking and sweating, so I thought I'll just take a big bite and then I'll be fine..yeah, right!..Holy shit..I can't even describe it..It was cake brownie..but was thick and chewy and sooo chocolaty..and that little chocolate turd on top?...It was liquid chocolate gold..sweet smooth, silky..sigh*...If I had fallen over the steering wheel in my little Mazda truck, I would have died one happy bitch. The one on the bottom left is a Sharla..they are made of something similar (maybe is philo dough) and is flaky, light and airy with the best filling ever..my favorite is blueberry and cream cheese..sigh*.the pin wheels are made out of a flaky dough but different from the Sharla, and are soo good. I ate the one chocolate what ever it's called and will keep the Sharla in the freezer for when I've been a very good girl..(approximately 37 days away) and the rest I'll take to Jamie tomorrow...she's chomping at the bit. So eat your hearts out.. 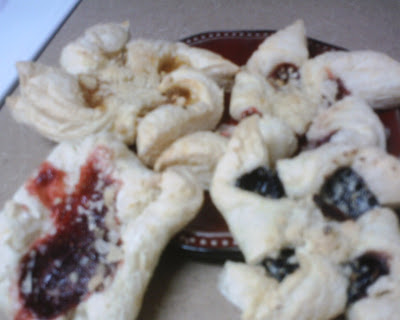 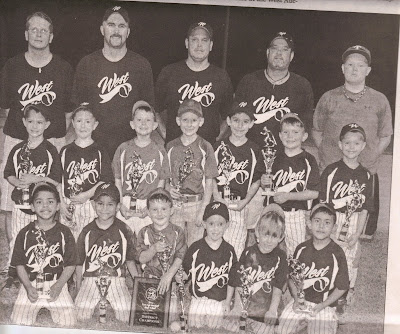 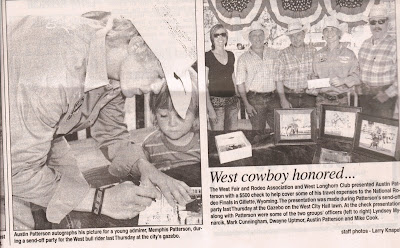 You are a hoot! I would move to West if I could, those prices are a steal.

First you tell us all about this great food, chocolate, fried chichen, etc. and then you tell us about Babs and her diet. Couldn't you put these in separate posts?

It is even "warm" in Ontario, Canada but still 10* cooler than my home town and I head back home tomorrow. I enjoy your updates and you!!! Might have to try that diet Babs is on because chocolate has been my favorite food lately.

what's the use of living if you can't have the occasional treat?

Those bakery items raised my blood sugar without even a taste. They looked so good!

Hey, lots of good news -- your yummy treats, how nice and considerate you're being to the Mexican workers in this heat and Babs' successful diet! I hope everyone gets rewarded with some cooler weather!

You are so bad. But I had my chance to eat one. Just think all you had to do was get poison ivy. Forget the little blue pill. Have some on your hands and take a whiz if your a guy. Ends up looking the size of a Midus muffler.

I ate the one chocolate what ever it's called and will keep the Sharla in the freezer for when I've been a very good girl..(approximately 37 days away)
What?? You're only good every other month??

If we could somehow clone you (minus the naughty parts:) the USA would be a better place.

I'd move to West just to have that nice lady that puts cold water out for guys that work outdoors in fugly heat...

I'm glad you enjoyed your chocolate dreamy treat!! you deserve something nice like it once in awhile.

*Whispers to The Future Was Yesterday, "the naughty parts make her the fun woman she is... yafta clone them parts too!*