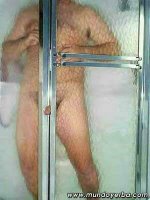 I have been trying to post since yesterday..the zombie is taking over my computer and think it's 'fixing' to crash..if it does..I will be foreced to work from the library and as slow as they are, I may not be able to...so it looks like my blogging days are coming to an end...but on the good side..we whupped some republican ass...and got rid of Rumsfeld in the process. I'm not so sure about this Gates guy...he's been the president of A&M...the Aggies...in Texas one of this longest running and best jokes are Aggie jokes..
Today in the paper thre was an article about a student-produced video(by Texas A&M students) that showed a man playing the role of slavemaster whipping another man in blackface.Tuesday Dr. Gates said the video was removed from a public website at the request of school officials.He called the video "moronic," and "so utterly disgusting that, regardless of race, religion, or back-ground, I believer virtually any member of our Aggie family would be outraged and ashamed if they viewed it." The video was produced by three Aggie A&M students.Officials also held a forum on the incident Tuesday night, and some who attended the standing-room-only gathering demanded that whoever made the video be expelled.Others complained about a hostile climate for minorities at the school, where Dr. Gates struggled in his tenure to diversify the student body.The latest incident inflamed tensions.
"Students-all students-should be outraged,"the Battalion(A&M's student newspaper)editorial said."Three of our own were comfortable making this video and displaying it on the Interenet.That says a lot about the campus climate of this university.We passively tolerate hate.The students who made the video did not fear a backlash from the Aggie community.Our apathy is our acceptance.When will we start standing up for one another?The poser to change this University is in our hand. But only we,the students, can make it happen."
Aggies have a long standing reputation of being brawn and no brain. They have harrassed women students plus any and all minorities..I'm not sure that a guy that couldn't effectively change policy with a bunch of college kids, can do anything with fueding Iraqui's...but he still has to make it past the dem's...


So we just have to wait and see what the Democrat's will do with their power..I would like to see them impeach the bastid and his "Dick"..Cheney..

On an different matter..I am having a small celebration today...it's my 15th anniversary of no drinking...pretty cool...If my diabetes was a little bit more under control I would celebrate by having a Dr.Pepper, but instead I will have a iced tea with sweet and low...wheeeee...maybe by the 12th when I turn 63 I will be able to have a Dublin Dr. Pepper.
fuckme till I pop a wheelie.
Posted by JACKIESUE at 11/09/2006 12:16:00 PM

Happy Anniversary JS~!
I don't trust Rummy's replacement for a second. He was still appointed by Bush so you know he's just another puppet in that aspect. Will that man ever go away?

Congrats on your anniversary! I recommend Tab for all your drinking needs. Not those small cans with the pink stuff, but the real good ol' Tab.

The Road Kill Cafe makes the best ice tea in the world. Come up and see me sometime, I'll take you there. (They don't serve booze there -- it wouldn't improve the clientele.)

Happy Anniversary! And congrats on the achievement.

I'm glad the bums are out, but still skeptical about the Dems. A one seat lead in the senate isn't nearly enough since some of them, like Lieberman, tend to vote with the Republicans most of the time anyway.

i think rummsfeld was a puppet of the military industrial complex and the next guy will just be a new puppet on the same strings.

Happy anniversary and in case the zombie gets you happy birthday too.
Gates is just another one of his dad’s old business partners and cronies. He ran the CIA for George the first and they all got rich together.
I wonder if Chaney shot anyone on Election Day. There was so much excitement about the election he could have killed a group of Nuns and nobody would have noticed.
I'm surprised that Zombie has the guts to have a go at Jackiesue's computer. It must have a death wish.
We can't have you offline where would we get our daily dose of wisdom.

Well, it only takes a moment to help convince Nancy Pelosi to Impeach..

The day the nation demands impeachment is upon us. Sacks and sacks of mail are about to arrive in Nancy Pelosi's office initiating impeachment via the House of Representative's own rules. This legal document is as binding as if a State or if the House itself passed the impeachment resolution (H.R. 635).

There's a little known and rarely used clause of the "Jefferson Manual" in the rules for the House of Representatives which sets forth the various ways in which a president can be impeached. Only the House Judiciary Committee puts together the Articles of Impeachment, but before that happens, someone has to initiate the process.

That's where we come in. In addition to a House Resolution (635), or the State-by-State method, one of the ways to get impeachment going is for individual citizens like you and me to submit a memorial. ImpeachforPeace.org has created a new memorial based on one which was successful in impeaching a federal official in the past. You can find it on their website as a PDF.

You can initiate the impeachment process and simultaneously help to convince Pelosi to follow through with the process. Do-It-Yourself by downloading the memorial, filling in the relevant information in the blanks (your name, state, etc.), and sending it in. Be a part of history.

byg:thanks sweety..nah, I don't trust anyone he would pick either..plus this old fart is a old buddy of his Daddy's and he was CIA..and I don't trust the CIA..still think they killed Kennedy..
Anne:ick..Tab..tastes worse than Pepsi..oh ribs...I love ribs...ribs are good...ribs and then a nap..
Cyberoutlaw:..thank you very much..doesn't seem like 15 years...in many ways it seems like 25..and then in other ways it's like it was yesterday I was drunk and kicking someone's ass.
I am waiting for the dems to fuck up too...they always do..
ruby rocks: one old war whore for another old war whore..thanks very much...I do have that going for me..
Nit wit: thanks...I appreciate it..I down loaded a spy bot and it kicked ass pretty good..I think it removed over 500 'things' from my computer..don't know if it got the zombie or not..but my computer is working a lot faster..but the screen is still swaying and that makes me dizzy
casual: I am for the impeachment..but we need to start unfucking up some of the things that he has fucked up..

thanks to all of you ...I celebrated by having a mini-tootsie pop..

Congratulations on 15 dry years! That is a accomplishment to be very proud of. And Happy BD on the 12th - just in case I don't get back by here then...

WTF? (He muttered under his whisky breath...) What is a Dublin Dr. Pepper? Don't reckin' we have them over here in Tennessee. Or maybe we do but call them something else. Of course we don't need that or anything else since we've got Jack Daniels. But then, that leaves you out in the cold...

Oh MY Gawd that guys dick got caught in the shower door...I'm sorry what were you saying? hahahaha

Well fuckin' done you on the 15 years thing! *big hug*

That Bob Gates bloke is going t'need some watching though, he doesn't sound any better than the last weasel-eyed fuckwit, but hey, brilliant result otherwise huh? Congrats on that too. :)

Hey,nice blog!!! I found a place where you can make an extra $800 or more a month. I do it part time and make a lot more than that. It is definitely worth a visit! You can do it in your spare time and make good cash. Make Extra Cash

Congratulations on the 15 year mark!
I bet that guy who slammed his weiner in the shower door wishes he could have a drink to kill the pain, though.

That is no "small celebration" JS, good on ya!!! You should be very proud of yourself.
Dunno about this Gates guy....wouldn't it just be deliciously fun if they found some scandal or stupidity in his past and he went down in flames (like whatsername the Supreme nominee.)

This is why when I play Literati [like scrabble] I get asked if I went to that university...my id is daggieaggie.

Virginia was a tough one but we pulled through with Webb - so fuggin awesome :)

If ya ask me...Dubya is backpeddaling and making nice-nice with his concillatory remarks about "working together" - he's prob afraid of impeachment - inquiries at a minimum.

Congrats on the sobriety. Quite an accomplishment.