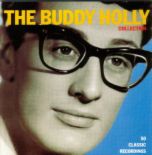 Asshole and I had been trying to have a baby from the beginning, and I either had miscarriages or had problems getting pregnat...so I went to Walker Air Force Base and got my tubes blown...sounds pretty sexy don't it...come blow my tubes...well, let me be the first to tell you ....it hurt like a mother fucker..because #1A-hole had to work and I couldn't drive yet(well I could drive but couldn't drive that 1959 Bonneville, which was aproximately 37 feet long), so I had to take the bus out to the base and the bus back...and after they 'blew' my tubes they said be sure and lay down when you get out to the car and stay flat for about 24 hours as it is very painful if you don't, because the air gets trapped and it really hurts...So, I'm riding home on the bus, sitting up of course and I'm thinking "no shit, sherlock, this really fucking hurts"....trip was the longest 40 minutes of my young life..But it worked...because I was knocked up, preggers, in the family way, and having his baby. Hooboy...ain't that something...in the meantime I had a job working at the local cafeteria type resturant...Bob finally relented and let me go to work...In the meantime the USA and the USSR signed the neclear test bomb treaty and installed a hot line between White House and The Kremlin...speed them phone calls up of"oops, we pushed the button by accident"...Civil Rights was in the news almost every day..we had a tv by then and I followed it very close...Gov. George Wallace on the day he was elected Gov. of Alabama gave a speech where he said:"I draw the line in the dust and toss the gauntlet before the feet of tryanny, and I say segergation now, segegation tomorrow, segegation forever."...fucker...(I just noted that George Bush isn't the first George I screamed 'fuck you' to on tv)The US and USSR, and Briton signed a treaty banning nuclear tests in the atmosphere, outer space, and underwater.
200,000 Civil Rights demonstrators marched in Washington,DC, to hear Martin Luther King, Jr. give his "I have a dream" speech...and Jackie got fired from her job because she said "gee, I wish I could be there."...boss said: 'Get the fuck out of here, I don't want no nigger lover working for me."..I had really hated the job, but we needed the money and I cried all the way home..By the time I got home I thought, "yea, well fuck you too."..I hadn't quite developed my snappy comebacks yet...
In Birmingham, Alabama a Black Church was bombed, killing 4 little girls.I remember just crying for hours over that.
Of course most of you know that 1963 was also the year John F. Kennedy was assinated by Lee Harvey Oswald..and 2 days later live on tv, Jack Ruby shot and killed Oswald..(did I ever tell you I met Jack Ruby? My 1/2 sister introduced us and he asked me if I wanted to be one of his dancers..my sister said:'Fuck no, she's only 14 years old..)

But the background music playing was some of the greatest music ever. If you ask me...'Cause we had the Beatles...man did we have them..they had 5 top hits:'Please, Please Me','She Loves Me', 'Love Me Do,''I Wanna Hold Your Hand', and From Me To You'. Which were all big hits in my heart...but...you will not believe this shit..Roy Orbinson had 4 top hits

too...'In Dreams', 'Blue Bayou', 'Mean Woman Blues',and 'Pretty Paper'.And to this day I think Blue Bayou is one of the greatest songs ever...ahhh, the good ole days...Buddy Holly was dead but still putting out hits. He had'Bo Diddley, Bo Diddley'( I saw Bo Diddley live and it was the best show ever.)and 'Brown Eyed Handsome Man.'Oh man, we were a rocking and a reeling....Paul and Paula sang 'Hey Paula.' The

Ronettes were singing 'Be My, Be My Baby'.'Only In America' by Jay and the Americans, (love that song)...oh and who can ever forget...'It's My Party, and I'll Cry If I Want To'. and the song with the gre

at title'Da Doo Ron Ron' by the Crystals....oh yeah, the world was sucking and America was at war with some country we had never heard of, people were killing our leaders, the South wasn't rising again, it was mired down in hate and prejudices..Maybe the Surfans knew something that we didn't when they sang"Wipe Out".....

I remember all that music and some of those events.

did anyone take a really close look at the picture of the beatles?...i didnt when i put it on....it's some kids dressed up like the beatles...cracked me up...im such a dufus...wonder if anyone would have ever noticed?????

It was one of the worst days of my life (until 1968 when it got much worse of course).

Yep, 'Bama was right up there in the headlines. Kinda makes me ashamed to call it home when I remember back then. I was young but I still watched the news. And people wonder why the South is called the armpit of America. But all us 'Bama folks aren't like that ya know!

Thanks for the visit and your comment. I can tell by your vocabulary that you are definitely in Texas ...

"holy shit..just droped by to thank you for the comment on my post...you're a prolific little fucker ain'tcha..?
I could probably spend a week on your blogs..pretty interesting stuff...
any how..thanks for droping by and appreciate your comments..jackie"

you tell the greatest stories, even if this one was quite painful, damn.

fuck, what am I doing up this late..

funny thing I jus wrote a blurb bout one of my fav 60's guy...Jim Morrison

In the song lyrics of Jim Morrison,

"this is the end my friend"

little did he know it was only the beginning.

What on Earth is "blowing fallopian tubes?" I've never heard of that? Do they stick a tube up your vagina, into your uterus and literally blow air into you tubes? That doesn't sound good at all.

1963 sounded like a crazy year. You may not have been as quick with your opinions back then, but those experiences have most definately made you the pistol you are now!

Eeek! Just got your message. I'd hate for you to stop visiting! Hmmm perhaps I will just take the music down or put up once a week or somethin - not sure whats happening, that is the first I've heard that.

Ha. To this day my kids still think Hey Hey Paula was written and sang for me. LOL I never told them any different. (My first name is Paula)

I loved Jim Morrison and Riders in the Sky. The Doors were a favorite of mine.

The 60s were turbulant years. I lost friends in Vietman and the ones that came back were never the same guys.

Kennedy was our hope to get out of Vietnam, and then he was assasinated. Then Bobby was shot and killed along with Dr. Martin Luther King. The 60s were very dark years. Our music was all we had to lift us up.

Now Iraq is our dark darkness.

all i can say is

I am finding your stories facinating

That is just wild..and about you losing your job..well i'd rather be unemployed than work for an ignorant prick who hates someone because of their skin color.

I'm also asking..what does it mean to blow out your tubes?

I was in charge of the tape recorder that my dad used to record all the news coverage of JFK's funeral and I saw the shooting by Ruby. Hey, I was only in the second grade. Saw the Wallace speech you talked about too. I think it's the first time I ever thought "Boy, what an asshole" about anyone but my brothers.
I lived in a town near Buffalo N.Y. where rumor had it that black people were more that welcome to come into town to work but not to live. In 65 I moved to Blytheville Arkansas talk about culture shock.
I remember the music but don't remember if it was then or later I listened.
Never even noticed the Beatles picture.