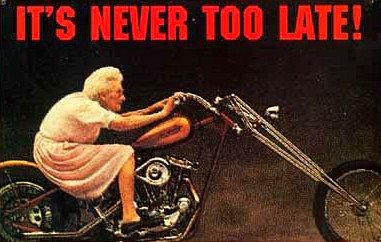 Yes, it finally happens...Jackiesue..gets sober...well, not till november 9th...I quit right before my birthday as a sort of test for me..as if I coul

d get thru my birthday without getting falling down drunk I could handle the rest of the year ok...What was funny...well, sort of sad, but I find humor in everything,even my struggle to get sober...so what was funny is my Stan and Laurel attempt to get sober..I started wigging out some time that summer..calling my old friends Brian,Jacki and various other old pals..drunk, whinning, feeling sorry for myself and maybe not exactly sounding like I had a firm grip on reality..So my old frie

nd Brian felt he should do something..so he called the Waco office of AA....and told them he had a friend that was out of control and thought she could use some help..So later on that night I get this phone call from someone at AA..telling me my friend Brian had called and was concerned about me..of course my first response was "yeah?...well fuck you."...then the humor of it got to me.."So..what are you the Marines version of AA?...Looking for a few good drunks to enlist in your sober army? Well,my Daddy taught me never to volunteer, so you're going to have to look elsewhere for your recruits.I am 4f...I know for a fact...you can't draft me..."and hung up...well, this was enough to get me thinking..so I attended a meeting...and two very lovely ladies visted me at my house..they said..you live here? Said yes...they said you're not living in your car along side of the road?...of course not..are you crazy?..Well, you can't be too much of an alcoholic if you can still afford to live like this, keep you daughter in school and work...(4 jobs then)..I said..I handle it well...and showed them my refrigerator..I had a case of Lone Star, a 1/2 gallon of Rum and about 4-5 bottles of Boones Farm(I considered them chasers for my rum and cokes.)I said this might get me thru the week...maybe not...So I went to a second meeting...they were smoking so many cigarettes my eyes were red and watering...they were whining and boohooing about how they had fucked up their lives..they would try and out tell each other with 'I was so drunk' stories..Fuckkkkkkk!!!! Fuck it was like Stricky Country with no booz

e.
All I could think of was.."Dear Goddess, please get me the fuck out of this place and I promise I will never drink again." I ran out to my car and everybody was so nice and caring about the fact that I was so moved that I was crying."Crying my ass, the smoke in that place is killing me, if the booze doesn't kill me..the second hand smoke will.." So I went home and threw out all the booze and made my kids a promise..don't make me attend meetings and I will not drink again...and you know what? I'm not sure that Thom really believes that I have not drank..I think he thinks I escape out of town and get drunk.sober up and come back and pretend I am still not drinking..He is such a little shit.
So..that's how Jackie Got Sober..as I was battling booze, the U.S. and allies were battling Iraq.That took less time than my battle..as I'm still figh

hen I googling Marky Mark to get a picture of him..I was surprised there were so many pictures of his dick...he's very proud of his dick...he is waving it around at concerts, on the beach, on roof tops...just waving that ole d

Cathy Debbis,
'Under the Bridge'by Red Hot Chili Peppers,'Mysterious Ways and One'by U@,'Pound Cake and Top of the World'by Van Halen,
'Smells like teen spirit'by Nirvana and one of the best songs ever done by any group in the entire world....'Do The

Bartman'by The Simpsons.....
Sad sad sad....Freddy Mercury dies on 11-24-1991...
Country music was not holding my attention very much but I did like Don't Rock the Jukebox by Alan Jackson a

nd Fancy by Reba McEntire...that's it for country ..it was worse than rock....
Some excellent movies...Silence of the Lambs,City Slickers,

The Adamms Family and Father of the Bride.
People that I really did like and adm

He wasn't a big movie star..he was a supporting actor in most black and white war films...he always got killed about half way through the movie..

but remember him in one called Naked is the Dead(color)..and he was soo good in it...
Ok...it's 1991..I'm sober and didn't have to do the meetings.
Wonder if it would be in bad taste if I went out and celebrated by getting drunk...hee hee..see you in 92...
fuckme till I can taste Lone Star...

Now you had to go and mention that fooking mandela song again, dinya.

I knew you were one tough chick with your boot up the Doctor's behind .. but quitting just like that .. you are one helluva person! My father was a manic depressive who battled alcholism his entire adult life .. and when people say battling .. it is a battle. I really hope you are damn proud of yourself. .. :)

And have the Simpsons really been around that long .. shouldn't Bart be 30 something now ... time flies...

{{{{{CLAPS}}}}}GO JACKIESUE!
I knew you was a tough old broad, kudos to you for fighting so many inner demons and winning!

apos: we aint gonna play sin cit....ay..
ol' lady: all fucking 15 years of it..will be 15 nov 9th..i dont want to say anthing bad about AA but it just wasnt for me..they wanted me to have a higher power and even though i believed in the goddess...well, the idea of placing my sobriety into someone else's hands was not for me..plus all that smoke and whinning and bragging and shit if you have them a beer it was like being in a bar...and personally i would rather be around a bunch of drunks whining then a bunch of sober people drinking all that fucking coffee...sigh* nope..not for me.
Sue:ahhh, it was nothing...i did it for my grandkids ..and my kids..but it was too late really for my kids..but not to late for the grandkids...they have no memory of the drunk jackie..they just know the sober grannie who is a tad strange..
Junebugg:'curtsy....waves to the crowd...blows kisses and gives the finger..
now if i could just get rid of the demon george.....

Fuck... we are the world. Adds to list of songs that should stay in the past. hehehe... you got that other song going through aposeseseseses head...

in my perfect world half the defense budget would be diverted to alcohol research.

the world needs an alcohol that doesn't give the poor drinker and head ache the next day and rot his guts out.

that's me in the corner, losing my religion.

I've always heard that AA helped people but I didn't know that they got people sober because they couldn't stand to go to the meetings.

Loved this look back at the year as always.

susie susie susie: dont read it then...but I have been doing these yearly things since the year 1969..it covers a year of world events, music, movies,deaths and what happened to me that year..that is a years worth..if it's too much for you to handle..well.....like i said..dont read it...im sure there are some short winded blogs out there in blogger land...have fun.

1991 then shd be a big year for you . great .
i guess the elder bush saw something that his son never did. bush 1 did not see the need to march to irag after liberating kuwait . he said there is no need . saddam is a bully but a 'manageable' bully .
now , it's helter skelter in iraq and the u.s. is at the center of it !

Hey,I know what you mean about AA meetings I went to two and started drinking more. I only went because my boss was playing politics and trying to make me look bad so he would look better. I didn't say a word at the meetings and kinda wished I had a good book (or even a bad one) to read.
Aldo Ray was good.
Wow you have been sober longer than I have been out of the Air Force.
I never thought about it but the AA meetings did remind me of when I was a bartender. I like Leo's idea about drink with no payback. Just think of the money you could make selling it.
The only thing to fear is beer itself.

john: yup big year..and hard to find anything good about any of the bush's but the old man had better advisers than bushie.
nit wit: yeah, aa meets are just like being a bartender at the local bar listening to them tell their 'i was so drunk'stories..only difference is they smoke 3 times as much and they're sober so the stories lack that 'drunk flavor' you get with the bar stories..
i wish aa nothing but great success but i hope they leave a few drunks out there just for intertainment...

The original Free Nelson Mandela song was released by the Specials back in 8./84 I think.
There was some great music back in 91 and it seems like only yesterday that freddie died.

I have to admit, I laughed out loud at that picture at the top of your post.

Congratulations on sobriety! It's hard as hell to give up things like that, but it gives you an iron will and instills shitloads of self-confidence. (Speaking from personal experience)

I have to admit, though... I had to stop when I got to the discussion of Marky Mark and go Google him myself.

I had to go google Marky Mark too. Cute little bugger, isn't he?
Haaaa....love your take on AA! I went to a few meetings around that same time...no, 1993, I guess. Most of the people were court ordered to be there it seemed and I just couldn't take it seriously. I quit in March 1996 and have managed to stay on the wagon 99.9% of the time....it's a good feeling. :)
But Boones Farm?! Good grief girl that is some nasty-ass shit.

are you sassing me????
cause i was sassing you.. thats what i do. i'm a smart alec, sasser. like to give people a hard time. i pick out what i want and leave the rest, no worries. ya just gots yerself a lot of tenacity is all

A new kid on the block posing naked, tell me it isn't so!

pixie:i miss freddy too...
Josh: i know i love that picture of the cycle riding granny..marky mark is quite proud of thad dick of his..and have to say..i kind of like it myself.
Carina:oh i loved boones farm...it was shit..but it was cheap shit..
susie: all is well...
nancy:i should google all the new kids on the block and see if there are any more swinging dick photos..

back then i hated chris isaac-but now that i am older those same songs make me all tingley. umm.

"fuckme till I can taste Lone Star..."

this reminds me, how the hell can it be a lone star, if there is more than one? i swear, all these buildings are covered with them, but they are not alone!!!!! sorry, its just one of those things that is driving me nuts.

Thank you for reminding me about Marky mark wahlburg and how he became popular!!! Yum yum. JS-- you always make me LMAO, but these are sad too. I love reading these and remembering what I was doing, and feeling a link with you, even back then, before I "knew" you...

Congrats on getting sober. Kicking an addiction is one of the hardest things anyone can ever do because it's never too far away, even after you've kicked it. It just sits there and waits.

I never knew that about Marky Mark. Geez...LOL!