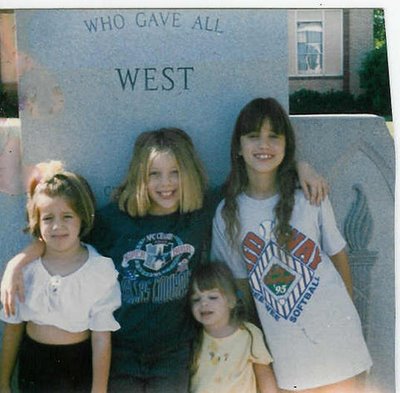 I swear I can't remember a damn thing...I know my 3rd. granddaughter was born that year...the cute, just like her crazy grandmother, Jamie...She is 17 now and makes me look like a light weight when I was her age...and even the wild MOJO couldn't hold a candle to her...she is starting to figure things out and is coming around...thank the Goddess..but back then the thing I remember most about her is you couldn't keep clothes on her...Jenny was the same, but Jamie would have rather been buck naked then eat candy...and she was a joy to be around..her older sister and her older cousin were so protective of her and would fight for her at the drop of a hat..I have a great picture of the three of them when they were about 4-4 and 3...they were so damn cute it broke my heart to look at them..and got them all to smile by having them sing out'aunt MO is a weinie..aunt MO is a weinie'...everyone thought it was so cute..except MO...ha..I would love to relate some great wild story about me from 1988, but other than still drinking.I was pretty much a stay home and baby sit grandbabies every chance I could...
The news of the world wasn't much better...U.S. and Canada reached a free trade agreement.Robert C. McFarlane, former National Security adviser, pled guilty in Iran-Contra case.
A U.S. Navy ship shoots down Iranian Air liner in Persian Gulf, mistaking it for jet fighter(tit for tat for last years ooops from Iran????)290 killed.
Democratic convention nominates Michael Dukakis of Massachusetts for President and Texas Lloyd Bentsen for Vice-President.The republicans nominated George H. Bush and that dipsh

it Dan Quayle...fuckity fuck fuck fuck...one can't find his ass with both hands and the other one thinks stuff on tv comedy's are true...But the ever vigilant citizens of America voted them in with a sweeping landside of 40 states..
Benazir Bhutto, is the first Islamic woman prime minister for Pakistan

.Pan-Am 747 explodes from terrorist bomb and crashes in Lockerbie, Scotland, killing all 259 on board and 11 on the ground.We had some good movies that year..Rainman,Big, Die Hard,Working Girl,Beetlejuice,A Fish Called Wanda and Mississippi Burning..
The music ranges from good to holy shit did we really listen to that???Starting 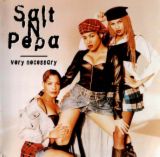 n her car seat and sing at the top of her lungs to the radio, she was hip..)(Jenny prefered to dance and would boogie all over the place..danced everywhere she went).Ahh the good ole days...'Suede Head'by Morrissey,'Can't stay away from you and Anything for you' by Gloria Estifan and Miami Sound Machine,'Never gonna give you up'by Rick Astley,'Look Awary'by Chicago,'Get out of my dreams'by Billy Ocean

music had some of the same ole same ole by the same ole same ole's....'Twinkle, Twinkle, Lucky Star'by Merle Haggard,'I'll Always come back and Hold Me'by K.T. Oslin, 'If It Don't Come Easy'by Tanya Tucker,'Runaway Train'by Roseanne Cash,'and sad of all sadness...Roy Orbinson died at 52...The kids are keeping me at 3 grandbabies

and I am enjoying every living moment of it..I took them to movies where Jenny and Jamie would be rapt in their seats..Nicole was bored after 15 minutes...she thought those cartoon movies for kids were boooooring...she liked Bettlejuice and Edward Sizzorhands the best..I took them to the zoo where we sang songs on the ride and none of them remember it to this day..But I do and was the best time..even when I took the

oldest two once and it was a hot Texas summer and after about 30 minutes of walking in the sun trying to coax animals to come out so we could see them...Jenny was just spent and turned to me and said"what kind of grandma are you to take us to the zoo when even the animals won't come out?"I laughed so hard..she was soo pissed..so I said lets go and we went and got frozen yogurt..
1989 is the last year I am doing this...in 1991 I quit drinking...and you all are old enought to remember this shit on your own...and I would like to get back to my normal ranting

and raving about forest gump and do a little asskicking...so one more year....Buck up...I never promised you a rose garden..or a bucket of blue bell ice cream either..Oh..by the way..the picture of the 4 girls was taken much later than 1988..was about 1993...they were spending weekend with grandma..I made home made pizza and we went and got dr.Peppers and cokes and had a picknic at the gazebo...thank the Goddess their Daddy's could afford braces...they all have beautiful straight teeth now..Haley is the little one..the one on the right is Nicole, the middle one is Jenny and the trouble maker on the left is Jamie...I love these 4 girls more than life its ownself...

I grooved along to Billy Ocean...he was just boppy.

I always wondered who they were talking about when I would hear the name Canya Fuckher...later found out it was Tanya Tucker.

Gee, 88 I was in the UP of Michigan finding out what real snow is like and enduring my third broken ankle in eight years.
Tried to create a beer shortage all by myself but they just increased production.
I don't think I remember any sons I listened to that year.
No kids or grandkids yet but I did meet The Boss.

Any songs I mean. I missed the G spot.

I can just picture them chanting 'Aunt MO is a weinie ' Too funny and that is an adorable photo! Thank you for sharing .. :)

Please...before you go...can you tell us how you started following the about the Goddess, and all that stuff..I would love to hear that part..then you can get back to ranting and raving..we know your best at that *grin*

Those girls are so cute. I bet they got into some mischeif all together!

I love Rainman, what a brilliant movie !
I'm up to July 2000 on my UK no.1 hits and losing the will to live

Desire by U2 was pretty good.

jeez, that was 18 years ago, it seems like yesterday. i can't remember how much a case of beer or ounce of pot cost in 1988 but i'll dream about it tonight.

Beautiful kids!
Axl Rose--smirk--what a dork! Granted a fantastic voice by the Powers that Be and he pisses on the gifts he was given by being such a heinous hateful ass that no-one can stand to be around him. Uses his bipolar disorder as an excuse, and I have carte blanche to speak about this because I too have bipolar disorder and while it sometimes causes one to act like an irrational fool, there is no excuse for not getting treatmet and trying your best to be a decent person rather than a mealy mouthed jackass! Love Guns n Roses music but Axl is a sorry excuse for a human being. Plus he looks like a complete idiot with those cornrows!
Damn...what inspired the Axl Rose rant??
Guess I'll blame it on my bipolar disorder! ;-)

Excuse me, but you did promise me some blue bell ice cream...remember? :)

'88, what a year. I'd almost forgotten about some of those songs and movies. Thanks for the memories.

THE MARBLE STATUE OF DAVID SAYS:

"AXL ROSE" is an anagram for "ORAL SEX".

THE STATUE HAS SPOKEN!

Don't feel bad. I can't remember anything either. Although I do remember fuckity, fuck, fuck Quayle and the man who put him there.