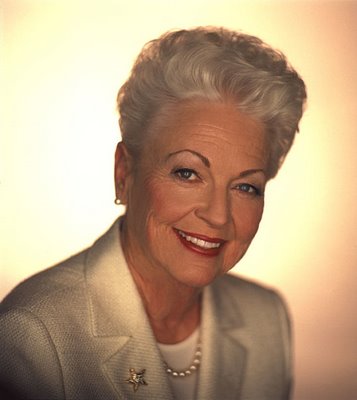 She was one kick ass woman. RIP Ann.

I totally loved her...it's a shame to see the smart babes go.

I'm with Babs in the RIP department.

don't really have a clue who she is...but I figure if you did a post to her she musta be pretty damn alright.

okay just read up on her...she sounded like a helluva lady and a helluva Texas Guvner.

She was a great person. One of the first victims of the Rove Slime Machine.

I always liked her! Feisty and outspoken, kinda like you JS!

I posted that same picture, YDG!

It is a shame to see her go. She's one of a handful of politicians, I felt like I could relate to.

Anne was one First Class Lady. . .

I'll never forget her "He can't help it. . . He was born with a silver foot in his mouth" comment about George H.W. Bush at the 1988 Democratic Convention. . .

I liked her. She pointed out that prisons only have so much room. She said it was stupid to let child molesters out early to make room for people caught with pot. (Or something like that.)

She called it as she saw it. I can think of no worthier thing to say about a person.

Didn't know much about her, but she sounds like she was a hoot. And she was proof that yes Virginia, there are Democratic Texas governors.

One of my favorites too. Hope she's moved on to a much better place.