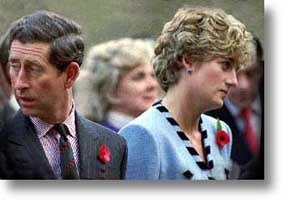 Who woulda thunk it..I not only quit drinking I have a new job and a new friend...I met Dan and Pa when I applied for the job of Book Store manager for a temporary Book Store in Waco.They come in set up a book store...sell books for about 4-6 weeks, dismanted and move on..I had worked for them before but just as a worker, t

his time I was applying for the Managers position and thanks to my interview with Dan and Pat, I got the job..Dan and I became instant friends and are still friends today.Holy shit..that's fourteen years...I liked Pat and he liked me, but we weren't close like Dan and I were..Dan was(and is)one of the funniest people I know.. He would regale us with his stories about Hollywood and his travels..I even fudged and got a job for my daughter..let her use my maiden name as they didn't want anyone related to work at same store.Glad I did as she not only was one of my best workers, she went with me when I went on the road and that was a great thing..So..I'm sober...working at a 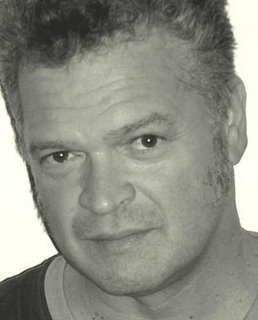 job that I really did like and I made a life long friend.Things were starting to look up for me..and I wasn't doing it from the floor.
Things weren't doing so well for the Prince and Princess of Wales...We all know that story...we all thought it was a fairy tale come true..boy..were we wrong..Even the Yugoslav's were breaking up..Bush and Yeltsin proclaim formal end of the cold war.U.S. lifts trade sanctions against China..yeah, that worked out well for us...now everything is made in china.Gen

eral Noriega gets convicted and sentenced to 40 years for drug charges.Four police officers were acquitted in beating of Rodney King in Los Angeles,California.Riots erupted in South Central LA and things got really nasty there for awhile.Casper W. Weinberger indicted in Iran-Contral affair.Last Western hostage freed in Lebanon.Supreme Court reaffirms right to abortion.Democrats nominate William Clinton and Al Gore for President and Vice President of the United fucking States of America.Court clear

s Exxon Valdez skipper...well, that sucked then...still sucks now.Police officers acquited in the Rodney King beating are indicted on Federal civil rights charges.The republicans nominate George dickhead Bush and Dan Imastupidasshole Quayle for President and Vice President..Thank the sweet Goddess them fuckers lost..but the republicans managed to divert most of the Clinton-Gore terms by locking them into Watergate and Monicagate..They seemed to think getting a blow job on duty was the worse thing that ever happened..yeah, well at least his blow job came from a consenting adult..not a bunch of unwilling children...fuckity fuck fuck fuck!
U.S. forces leave Phillippines, ending nearly a

century of American military presence.Right before Bush left the White House he pardoned all of the former Reagan administration officials in the Iran-Contra affairs...double fuck. But there was a shit load of songs that year...some good...some not so good...and they were..in honor of the Prince and Princess of Wales 'Beauty and The Beast'by Peabo Bryson and Celine Dion.
'Jump'b

n 10-25-1992 Roger Miller died. one of the funiest smartest men ever..also Roy Acuff...and unless you're a country and western fan..you won't know who Roy is..but he was a giant in Country Music..
1992 had some great movies:A Few Good Men, Basic Instinct,Wayne's World,Scent Of A Woman,A League Of Thei

r Own(there's no crying in baseball) adn Unforgiven...
Stars that blinked out were Jose Ferrer(married to Rosemary Clooney..

.daddy of all the Ferrer's and Uncle to George Clooney),Marlene

Dietrich,Shirley Booth(Hazel) and Cleavon Little from Blazzing Saddles..one of the funniest movies I have ever seen.
So...all in all..1992 was a pretty good year...was it good for you?

yep it was a good year...I gave birth to the heathen child.

I honestly can't remember huge amounts about 1992. The 1990's are a huge blur to me.
Wait--that describes most of my life!

Hey, I was having a full on nervous breakdown!!!! The memories... Girl, I love this walk down memory lane. Damn, slow down because in a few more days I will have to wait a whole year for the next one AND I LOVE THIS!!! That is some life you have lived! No wonder the Goddess loves you so much. JS-- please please please bip Karl Rove and Gump! And Condi!!!!

It is a rare thing to find a boss that is a friend. I would say that you had a banner year.

"There's no crying in baseball," "You can't handle the truth," "It seemed extraneous at the time" and "We're not worthy" are all part of my family language now. All from that year.

Thanks for the memories.

57 channels was prophetic. when we were kids we dreamed of the multi channel universe. who knew it would be all reruns and infomercials.

thanks for the stroll down memory lane, your gettin around to the years i can remember now.

I've not heard from Dan lately... how's he doing? I was just getting started reading his blog when he seemed to vanish.

Maybe it will let me post a comment today.
I came back to the US to stay in 92 and got out of the Air Force.
Yup I'm on vacation!
Underwear? Damn I knew I forgot something. No wonder everyone is avoiding me. :)

I love "Under the Bridge" and "Give it Away" is ok but most of the music sucked back then. Not for everyone but to me it did. Ok 'Bohemian Rhapsody' was pretty good...never mind, I know not what I sayeth!

john: oh for the good ole days of two consenting adults giving and gettng blow jobs instead of children...
fuzz: yes, as i recall, it was a good year
jan: your very welcome.
rubyrocks:if i swivel my tv antenae just right i can get 19 channels...
Josh: will send you the info i have on him...but he is doing very very good.
nit wit:...underwear..yes underwear..even them jocky type.
tex:yup Queen rocks..
tina:same ole same ole....sober and pissed..

Rolling the comment dice...
The beginning of this post is really encouraging, month 13 here and it feels like my 1992...wish I could build a giant time machine and drop the world back a few...

I always wondered about those bookstores. They pop up now and then in the same places. I did not know that was the actual plan. Weird.

So was 92 a good year for me? Hmmmm... I was in middle school which is where a lot of bad things happened I still can not let go. Stupid I know. But middle school is really fucking rough. And it is even worse now. Oral sex is a game to kids now. But anyway....

allan:it really does get easier...the hardest for me was from the 6 weeks mark to about the 6 month mark..as 6 weeks is as long as i had ever gone before...after the 6 month it was all down hill..now i know it's different for everyone..but i was used to stopping things...stopped smoking and smoked 4 packs of unfiltered camels a day..stopped drugs...stopped fucking and i used to......well..you know..just like every body else..haha
mimi:those book stores are really cool..you can get some excellent buys..they buy them by the box..4x4x4x4..for pennies a lb..and they buy books that dont sell..like roseanne barr's book...we had a zillion of those...50c a pop..ha..but i have found some gems...books i paid $1 for and sold on ebay for $30+...next time one pops up..go check them out..don't mention my name..i pissed off a lot of people..ha..not really...

Let's see if Blogger will let me comment now...
1992? I got married and was trying to figure out how to be married and party at the same time. Guess that's why I ended the marriage.

Monicagate, your use of the english language amazes me in a very good way.

I'm glad I had time today to stop by and read...it always leaves me shaking my head and smiling! :)

We had one of those book stores in my area a few years ago. It was more like an outlet for remaindered copies where they sold last year's hardcovers for $4 or $5 bucks. Everything about the place said fly-by-night, so I wasn't surprised when they vanished about two months after they opened, but it was a nice place. I wish they would have stayed.

babs: you and i are the types to be more successful with partying than marriage..thank the goddess..
nancy:ahh, like to know i leave you laughing and the head shaking is an added pleasure..
cyberoutlaw:those stores are really cool..the longer they stay open the cheaper the books get..or at least the used to..cause it was cheaper to sell them all cheap than to ship them back to warehouse or next store..they really arent fly by night been in business since the 70's i think...i worked for them the first time in 1989..

I might as well put my 2-cents in on this one, ahh, the glory years, great job, great money, great insurance, awful big dif. From those years to now,,for me that is. I would wish to see those again, to have a great leader getting ready to be established,but alas,, I wake,,to a foul oder and see I could be watching "Fox News."