s article in the paper this morning and I threw what in Texas is called a hissy fit. When I was a kid that's all I wanted to do was be the catcher for the Brooklyn Dodgers.
From the time I was 3-4 years old till I was 12, if you asked me what I wanted to be when I grew up I would have said 'catcher for the Brooklyn Dodgers.' (except when my Baptist Grandmother would ask me and I'd say a nun, just to watch the lovely shades of red her face would turn.) You think I'm a rabid Cowboys fan?...This is nothing compared to the way I was about my Dodgers...I loved my Bums. My favorite player was Roy Campanella, the real catcher for the Dodgers. He was my hero...I would tell people when I grow up I'm going to take Roy's job from him..I'm going to be just like Roy. (Since Roy was a very sweet black man that would have been some trick)
So when I read this article I just about shit a autographed baseball and a Louisville slugger.
JAPAN TEAM SIGNS KNUCKLEBALLER, 16, AND SHE'S RARIN' TO GO.
feck!
Eri Yoshida was inspired to learn to throw the knuckle ball after seeing a video of Boston Red Sox pitcher Tim Wakefield. She broke the gender barrier Monday by being drafted for an independent league team as Japan's first female professional baseball player. (I couldn't throw a knuckle ball, but I could fucking catch one. I could catch heaters, spitters, spinners, curves and just about anything the boys could pitch to me.) But the chances of me playing major league(even minor league) was not possible. The high schooler was chosen by the Kobe 9 Cruise in the Japanese League, which starts its inaugural season in April. 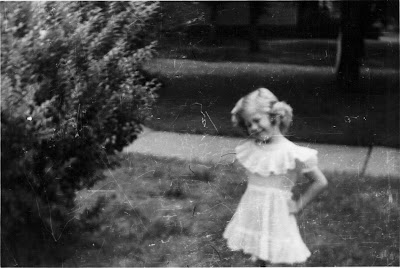 The Cruise are a long ways from Tokyo's Yomiuri Giants, and making the team is like earning a slot on a farm team, than warming up0 in the bullpen for the Red Sox, but still...fuck..she's going to be playing with the boys...
I know..I know..I'm a 65 year old lady, who if I had to squat behind the plate I'd only be able to catch one ball before I'd fall across the plate on my face. If I could actually squat. I'm not sure I have a squat left in me..(I have deleted about 3 different smart ass vulgar comments on squatting, but I opted for being a good girl...and trust me it was very hard.....another smart ass remark deleted.)
Anyhow.....I wish the 16 year old Eri Yoshida nothing but the very very best. But damn....I wish it had been me.
Posted by JACKIESUE at 11/19/2008 07:20:00 PM

Labels: put me in coach...I'm ready to play.

I know how you feel. OK, I never wanted to play baseball, but I mean I know how you feel about the luck part. I always read about these young people who start up businesses during/after high school and strike it rich, and I think, "And here I ruined my life by going to law school. God, am I stupid!" So, yes, I totally understand. :)

What, no vulgar comments about catching balls? After all, you're behind the batter, be easy to reach up and give the guy a tickle.......

rudegirl:no offense..but there is nothing alike in wanting to earn big bucks and playing major league ball...really...it's not for money..it's for 'the bigs'..
junebugg:ok.how about the only way i could squat would be over antonio banderas face..he could guess my weight...or...well, never mind..

I saw that in the paper too! All kinds of barriers are going down these days! And now, when I tell my girls they can be anything they want to be when they grow up, it'll be getting closer to the truth.

You were a cutie as a kid, and a scamp, natch.

I LOVED this post. I loved watching Ron Sey run around the bases that Cinderella year when I lived in LA, but I've never been good at actual catching. I'm a 3rd base girl myself... strong arm and all. I love love LOVE softball, and played during my high school years (won our local championship and got to go to Catalina winners' trip without a chaperone! :D) Our young Japanese exchange student boy Yuske was very opinionated but he truly LOVED baseball as I think most Japanese youth do. Why not: it is a fun thing to participate in. xoxo

Well now its hard trying to picture that sweet little peaches and cream girl in the photo as a catcher but.... okay now you got me started on rude remarks about pitchers, catchers and bottoms of the 9th. I think I'll just go back to work.

I saw that story and the first thing I thought was that you would be pissed ans sure to write about it.

The picture I keep seeing is after finishing your time as a player going into coaching.
I see you going toe to toe with the umpire and seeing him wet himself and run for the security office.

When I played softball as a kid, I was catcher so I know how you feel. I'm also a HUGE Red Sox fan and I always get mad at Wakefield cause he's a knuckleballer...lol. Sometimes it works, but guys that can hit them, hit them WELL since it's a slow pitch in comparison to the other pitches. So when people hit on him I'm always bitching that it's because he's a knuckleballer.

Great story about that girl. And amazing picture!

At this point, if I squatted over anyone, I'd probably dribble on them.

Dam bloody kids get it all nowadays lol

I can squat in the woods and do a poo using a straining pole :0)

I absolutely love this girl made the team. How awesome! Antonio Banderas remark made me spit coffee.

Too bad you can't pitch the ranger could use anyone that can chunk the ball.

So...does that mean I can't make a squatting joke here? How disappointing.

What a cute picture of you! I am so elated she made the team! Yee-haw!

I cant hit a ball, catch a ball or run with a ball and chew gum. I think I can still squat without dribblin so I guess that is something.

I always wanted to be a rock star!

You should do a post of all the deleted vulgar comments.

elizabeth:I'd love to see a woman play professional baseball here..sigh*..
tsduff:that's one of the reasons i was a good catcher..wasnt afraid of the ball and could throw to second base with out a hop..not bad for a 12 year old girl.
willym:oh there were so many great remarks i deleted so as not to take away from the girls accomplisments. but it wasn't easy.
that's when i was about 5 years old and i could tell you the starting line up of every team ...and knew every team member on the dodgers.
nitwit:yup, that was what i wanted to do..play ball for about 10 years and then go into coaching.i'd still like to do that..ha.
peejay:i knew there would be a lot of 'tomboy's ' out there that would 'get' this post.
mrsb:EXACTLY!
intenseguy:heehee, thats funny.
marmite:they don't know how lucky they are.
sage:she's awesome.i want to start following her career.
sorry about the coffee.
travis:do they need a catcher?..I'd try out for the team.
jonah:I'll help you knock off some of those a/c/f models, if you help me make the team....if you know what i mean.
lic:i was going thu my shirley temple faze..I hated it..i hated dresses, shoes and socks.i liked running around in my underwear and no top.
kinda like now.
raspootin;yeah, but you CAN be a rockstar..sex doesn't matter..but even if i could still play..i couldn't play major league ball...sigh*

i'm not happy with japs at the moment.

a lightning bolt on the field would be nice.

Somehow,'The co-eds of Summer' doesn't have the same ring to it.
Still,I'm happy she made it to the bigs!
Roy Campanella's biography was a favorite read of mine when I was a youngster.

You should keep track of her career, write her, get a picture and do a blog. Now I'm interested!!

hahaha that was the funniest post I've read in a long time ;)

hey, never too late to join a local team tho, eh? u know nothin serious, jus friends throwin it around :)

I can so see you behind the plate. Something tells me you were as good as distracting and pissing off the batter as you were at throwing to 3rd!

I hit max jocky height, in like, fifth grade. If some 5'9 Japanese girl makes jockey weight requirements? Well hell, that ain't gonna happen so my dream is secure...there are amazing women jockeys but they ain't 5'9!

I used to tell my Catholic family I wanted to marry a black guy--or a Jewish guy if I wasn't feeling entirely mean-spirited--so I could enjoy watching them squirm!

billy:i just like their 16 year old girl baseball players..
sling:i have his biography too and a signed photograph by him...and one of his baseball cars..
rainy:i think i will follow her career and see what happens.
tina:oh no..fraid my ball playing days are over..between my bad back and my ability to pee when I run..ha
robin:wow..a jockey..that would have been cool..wasn't the first female jockey's name robin?....
yes, i could rattle batters pretty easy..they couldn't handle some of the stuff i said cause it was coming from a girl..haah..
allan:littld did i know i would be applying fodder for your dreams..haha..
cheesy:your a baaaad girl..ha
runningl8:tough girls rule.

awww hehe well u and i will jus play catch :) have a great weekend gal

I wouldn't mind squatting over Antonio Banderas's face either.

"comin down...." heads up. You must have been one completely fabulous gal to watch during the game :D. Just had to leave another comment because after re-reading your post, the squat thing left me flat out laughing. Every gal has to know how to squat, but there's always a better time and place ha ha ha even for us older gals.

Holy frills and ruffles, Batman, weren't you just a picture of sweet?!

Why not let the ladies play baseball? Better them than the freaking illegals doing it now, that can't even answer a question when interviewed on natty TV without an interpreter.

Ur racess. o.o first u say some "Japanese girl" then you say " sweet black guy" who cares? theyre all people. And i find that offensive because im japanese.