I moved to West when I came back to Texas. Thought about going back to Ausin, but don't like going back..and I had fallen in love with West and had come down to visit almost every weekend to party with my step-sister DH..who you would have loved .she was younger than me and we were not related by anything other than the marriage of her mother to my fathe
who had met in the hospital when their spouses were dying..My Dad's wife had died from liver desease and DH's daddy had died from complicatins from having some sort of cripling desease...they died days apart and while my daddy and Irmatheworm were visiting and spending time in the waiting room, lunch room, etc..they fell in love...or at least Daddy did...I was never sure about Irmatheworm..she had been married 3 times before Daddy and when he died she married 2 times more..But I acquired a new family and more cousins, then you could shake a stick at..and for some reason..they all accepted me like I really was family..and even after Daddy died and the tie wasn't there and even after DH died(alergic reaction) I am still kinfolk to them.. One of the cousins named his first son after my first son and I am his godmother..They all claim me...I only claim them when I want to ..This is when I met all the people I know today...David(my best friend), the Marek family, the Maler family, the Hollingsworth's, the Sparkman's(my first and last serious romance after Chuck...don't EVEN ask about that fucker),the Kolar's, the Adamson's,the Archers,the Ashley's, the Young's,the Rodarte's,the Dulock's(both branches)the Harris's,the Holecek's,Jupe's,Oden's,the Kocurek's,the Moore's,the Reed's,the Payne's,the Edward's,the Hand's(james the singer), the Wolf's and the Favor's....Been drunk with each and everyone of them...remind me to tell the story about when Mike A. cousin Ashley and I went to Mexico....ahhh geez....
So anyhow ..I'm back in Texas reacquainting myself with binge drinking, weeks of sobriety and then drunk again...nothing I would want to write about...except for the time I almost got arrested because I kept telling the deputy he had a ugly fucking hat...my brother-in-law saw that the deputy was getting pissed and was a nano second from hauling my ass off,and kept telling me to shut up or I was going to get arrested...I said :'why would they arrest me...? he's the one with the ugly fucking hat.'...Shorty finally picked me up and shoved me into my apt. and shut the door on me...while I am yelling thru the door.."someone should arrest him for bad taste in ugly fucking hats.someone call the fashion police..I want to report a crime..ugly fucking hat in progress.."..I never did know when to give up..I saw the cop the next day and I told him..."I'm sorry I made fun of your hat last night when I was drunk....but I'm sober now .and you know what? The hat is still fucking ugly.."
Mean while

back in the world...Pope Paul VI dies and is succeeded by Pope John Paul I..who lived about a month and then we got Pope John Paul II...I refered to them as Pope John Paul the short and Pope John Paul the long...
President Carter talked Sadat and Begin into signng a peace accord ...see how well that worked out...someone shot both of them..
Reverend Jim Jones of the 'Lets all die together church of God' convienced his followers to commit mass sucide in Jonestown, Guyana....and as for

music...some of it was pretty good..but some of it sucked all the air out of the room..this is when I really started to get back into country music'cause it sure as hell was a lot better than some of the shit I found my kids listening to..."Rat Trap' by the Boomtown Rats,'Take a chance on me'by ABBA,'Rasputin', River of Babylon,Mary's Boy Child/Oh My Lord' by Bonnie M...This is also the time when we had 2 movies that changed your music listening..'Grease and Saturday Night Live'......It brought us...'Night Fever,how deep is your love,and staying alive by the Bee Gees, 'You're the one that I

Say Die'by Black Sabbath,'Denis and Hanging on the telephone'by Blondi,'Stay'by Jackson Browne,'How you gonna see me now'by Alice Cooper and'My best friends girl'by the Cars.Now I know I was pretty drunk this year and was listening to alot of country but how could I forge

t these songs and a group called the 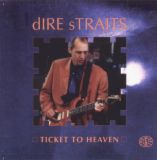 life by Meatloaf... Meanwhile I was listening to Johnny Paycheck sing'Take this job and shove it',Waylon and Willie sang about not letting your babies grow up to be cowboys and Emmylou Harris, who has the most beautiful voice sang 'Two more bottles of wine.'.Willie had nothing but Blue Skies, and Waylon had always been crazy, but it kept him from going insane...and Hank Williams, Jr. fought the law and the law won...So all in all

the year was a push....ahhh, fuckme til

l I rodeodeohde, bordering on the

About that time, I was a 23 year old widow with a child and going through some hell rasing times myself. Drinking, drugs.....damn I've gotten boring

Hell, I didn't know you were a Texan. I'm not too hard to find if you still have that lynch party out.

I remember my friend getting the grease double album for christmas I think she had it for just a few days before I accidentally sat an snapped one of the records in two...thankfully it was the second one and had most of the crappy tunes on it.

disliked Bazza but liked some of his songs til they got too much airplay...could never understand anyone that thought he was a spunk. he did give me a good bark of a laugh not long ago, can't remember what show it was but was highly amusing watching his reaction when this person didn't have a fucking clue who he was. classsic.

oh I loooved KC n Sunhine Band. Debroah Harry was the schnitts. sex on a stick!

I'm still grinning about Sherbet being on the charts there.

Maan I had to skip some of this as I would have been taking up more [wtf more] of yer space.

my bad, I forgot to add I will be back later to get at the part I missed this time :)

Dust in the Wind is one of my all time favorite songs. I don't remember anyone called Buzzcocks I was kinda drowned in Disco at the time. Bartending is strange I think I spent more time sober that year than any time since I was 16 go figure. I always did three or four shots of Crown Royal a the end of the night but that was about it. I love the hat story. :)

I'd been married 3 years and my ex was on a ship over seas with the Navy in 78.

Great story about your "extended" family.

In '78 I was at school, listening to the same kind of crap your kids were listening to, falling in love with Debbie Harry and Kate Bush, getting bruised playing Rugby, and enjoying the summer sun whilst playing school cricket.

Ahhh...country music at last *laughs*. 78 was the year I got heavily into country music. Back in the dallas area, I listened to a mostly pop station at home and country in the car (Dallas had a great AM country station, can't remember the name of it off the top of my head). But when we moved to Beaumont in '77, you only had two choices for music. Hard core country or hard rock. Since I can't stand the hard rock, I listened to country, and I've been listening to it ever since. *laughs* It's the only thing my husband and I disagree on...he hates my country music. I must admit, though, he's broadened my musical tastes some. He's got me listening to all kinds of eclectic music as well as introducing me to some really good Canadian and Australian country bands that don't get much play in the US. Blue Rodeo and Great Big Sea are two I recommend.

1978...I can't believe you didn't mention that there was a LOT of roller skating going on that year!

Buzzcocks, punk band most famous for their song, "Orgasm Addict" which is all about some guy compulsively beating off. You're right, I can't believe you don't know about them either!

Thats great that everyone just accepted you right off into the family!

In 78 I was probably just getting into music. I remember me and the local gang who hung out at the swings used to act aout parts from the Grease videos, !! :0
Although most of us hadnt actually seen the film because we were too young!

I love ' Grease ' of course . Can sing most of the songs . How is it possible ? The pipe in music in our plant keeps blaring the songs every 5 mins . It's like brain washing or something .

It's a funny story about the hat and the arrest Jackie Sue. Take care.

I did love Blondie. They were so cool and so different.

I love how everyone accepted you! It is nice to know there are people like that out there.

I love the ugly hat story. How I would love to just hang out with you just once. I know I would have enough smiles and laughs to last me for years!

Looking forward to the Mexico story!

'Take this job and shove it' - I love that song. I am also related to some Youngs from Mo. Have a great day.

i still listen to stay by jackson browne all the time. sometimes it's nice to live in the past.

can you tell I haven't had one yet.