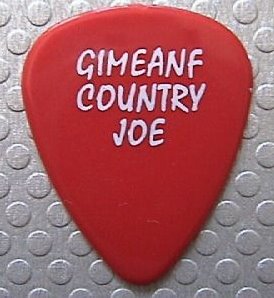 I am still working o

n the year 1979 post..man does the music suck in that year..Anyhow I noticed when I started to post that this is my 785 post..Is that a lot? I know when I first started out I started out kind of slow and then when I found out people were actually reading me and were liking it..well, fuck..I went nuts..I would post 4-5 a day...about everything...now I am lucky to have enought to put out one a day...who knew I only had 785 good put outs..(there's a dirty joke in there someplace). This post is going to be on misc. shit...
Freddy Fender has terminal liver cancer..that's sad..every time I go to junebugg's I see the wasted days and wasted night on her blog and I start singing the song..which was a great song by Freddy Fender in case you didn't know..you young whippersnappers you..the feds captured 51 illegal aliens in Oklahoma...anyone heard from Sooner and Tex lately..they may have gotten swept up while out raising hell.
A 13 year old is getting the ACLU to help her sue her school because they are seperating the middle school classes by sex. I think I like this kid.They broke up a prostitution ring in Texas and Oklahoma. They were usisng illegal alien women to service illegal alien men..Seems like they could have stayed in Mexico and got fucked just as easily...Why travel all the way to Texas and Oklahoma to get laid and to be a whore...Cut out the middle men...the okies and the texans...sad..very sad..
Do anyof you check out the people you read's blog roll? I do and have found some new people that I read by doing so..
I think I have some unusual sites on my blog roll..so will tell you about some of them...I found Bensmusicreview and if you like music it's a good site to go to...Plus all of my music sites that I enjoy..Willie, Waylon, James Hand(odl boyfriend)Country Joe and Janis ....Plus if you are a Silent Bob and fred..what ever there names are...I have Silent Bob, who is the director of the movies blog site..To join you have to pay $2 and all the money goes to....hmm. I forget where it goes to...I think some organization for battered women..but I have been hit up side the heads to many times to remember for sure...There is the Dallas Cowboy site, the Dublin Dr. Pepper site...(need to get bluebell ice cream on here too). There is the Dumb things george w bush says website..and Sweet Jesus I hate Bill O'Reiley site..what a dickhead he is..Sticks and Stones is the latest hollywood gossip+pictures site...Also Dais

y Cooks who makes the most incredible dishes she learned from her mami and grandma...From Puerto Rico...she is on saturday morning here on pbs and I never miss her..would love to have her cook book..I could eat nothing but her dishes for ever..she is really good..check her out..If you are interested in making your own ethanol for your car..I have the site on my

orite author James Lee Burke. I love him..I have Rosie O'donnell's site too and Snopes too, incase you want to debunk some internet email..Last and not least..a place to go to learn all about reefer...
That's not counting all of you that I have blog rolled...If you read me and would like for me to blog roll you and your not here..email me and I will add you...I must admit that I have several blogs on that I bet would surprise you...Everyone knows how I feel about George W Bush(ignorant asshole), evangelical Christians, and republicans in general..But I have a new one that I read and he worships at the Feet of Forest...fuckity fuck fuck fuck...but you know what? He's a funny fucker...I read one on electrical beagels..and cracked me up..plus one on his weird co worker..he's funny...but He needs to be dipped in the Goddess's well for a political cleansing...I just don't read his political ones..just the funny ones...(you know who you are don't you?haha)...
I will close this do nutting post with just one last little statement for HAPPY HAPPY..JOY...JANE...WHAT EVER.. You know who you are too...hehe...2 for $5..12-pack's...cookie ice cream sandwiches....nana nana boo boo...stick your head in doo doo...
fuckme till I turn into a ice cream sandwich...

You cantankerous little Liberal...I must admit that I was shocked that you wrote about me much less added me to your blogroll! What does the "bip" mean..Im scared to ask but...I'm tough..I can handle it.

I'm flattered darlin', I'll reciprocate if you wouldn't be ashamed to be there. Not that YOU will get much traffic from me..I'm new, virtually unknown and have very little traffic yet. Thanks to you, Guyk and a few other folks, it's picking up.

Believe it or not, I admire George Bush as a person but, I don't like MOST of what he's done. I damn sure wish he hadn't gotten us involved in Iraq. Stupid move. No border control, outspending the Libs...Lord don't get me started.

Hell, until the Clinton fiasco, I was a dyed in the wool Democrat. Not Liberal but a Democrat none the less. After all, I spent a lot of years as a dope smoking musician type!

I guess we'll just have to stay away from politics huh?

Thanks again for the mostly kind words. LOL

Bite me!!! Mine are bigger and I bought more...

Sooner and I have been out rounding up our girls, after they busted our Ok, North Texas operation it was hard to find the ones that made bail.
Once I was having dinner with an illegal alein ho and I said "Pass the frijoles please, and she said "There's no such thing as free holey."

well I know Tex is kinda behaving...just don’t count the habit of certain games he plays into the mix.

crap I gotta bolt for the shower. I vill return.

arghhh I seen the bit about cookie sangas a sI scrolled down to yer box...

Okay I'm back and may I say I am smelling very sweet and nicely!

congrats on the 785th dunno what mine would be...not near that I wouldn't think. leaving the possible joke out of my comment...because yours was good enough.

I like your misc. shit...sometimes it is the BEST.

I'm always hanging off my buddies rolls...I try not to with Denise's, now that I know I'm sucking up her bandwidth if I do that. Funny for the most part I tend to not read the "professional" blogs where it's just data and such. I like the everyday people ones. The second last one you gave a shout out to, the sometimes political one I might mosey on over to...someday. especially if it is funnily written ;)

I thought I would get through one Texas Blog without craving cheesrburgers or ice creme but I should have known better. I keep reading blogs and I'm gonna weigh 300 pounds.
I haven't set up a blogroll thing yet, but I do shop on other peoples to find new blogs. I have gone back to just having a directory in my bookmarks for my regular reads. That way I don't give away any secrete identities. As you can tell I'm too lazy to make many changes to my blog. Hell lately I haven't even made changes in the post area. I feel something coming though... :)

I just checked 1979 , yup yup , it was shit ! The only No.1 of note was "Video killed the radio star" mainly coz it kickstarted MTV and decent videos.

I don't have time to read ALL that are on my blogroll , but I do visit them all occasionally.
Another thing I do is click on peopel that put funny or witty ( or even sometimes crap )comments ....Like I just did with rantin ron :)

And the muppet has no profile FFS!

Fuck me till I turn into an ice cream sandwich. I now have a new favorite saying. Thanks.

BTW, if you go through my blogroll, you will see a very diverse cross section of the 'sphere.

country joe rocked. i still play the fish song and his whaling song all the time.

silent bob should run for president. it would be so nice to have a policitian that just nodded and never spoke. silent bob has the charisma to pull it off. or jay could just tell people to fuck off while silent bob looked at them.

*laughs* Every once in a while I get bored with my usual reads and start going through people's blog rolls. I usually find one or two to add to my usual reads. I started doing it when I was on LiveJournal. Well...I'm still on livejournal, it's just crossposted with my regular blog site so my livejournal friends don't lose me.