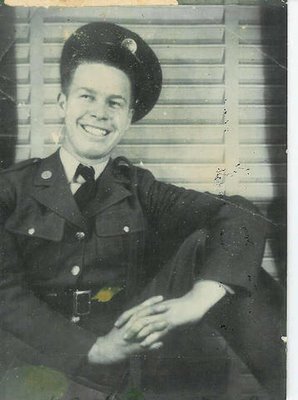 Still working at Jones-Blair and me and ole Wiggley are still best buds..we had another guy that worked there named Ralph. Ralph was gay but was way in the closet..he was so far into the closet, I don't think he knew he was gay.But he was fun to work with, I liked my job and was proud of all that I had learned and could do..I am still driving the 17 miles back and forth to West on the weekend to party. The more I think about it, the more I know that I have an angel looking after me..I never had a wreck, never got stopped and still think I am stupid for doing it.By this time I had tried to mend fences with MOJO's grandparents as I truly believed she needed them in her life.My Daddy thought I was an idiot for doing so..but I felt I had to do what was right for her and not what I thought was bad for me..Now that she is 33 I wonder if I did the right thing...She is close to her Grandma(her Grandpa died 2 years ago)...and loves her very much..but all those years she had on one hand what I said happened to her Father and then the D's version of what they had to think, to live with themselves...They lied to her about so many things...and she never found out the truth about most of it till 4-5 years ago...But they were and are, all she has of her Daddy, so she blindly over looks alot. I don't think I have come out on the good end of any of this..all I can do is know the truth and live with it.To them..I am still the one that shot and killed their son..that sweet kind gentle boy....yeah, right...
At the end of the year Daddy called me and said they thought he had a stroke but he was better and had just retired from civil service..he was going to enjoy his retirement..he had worked hard all of his life...now all he was going to do was take his grandkids fishing, watch baseball and football on tv and just enjoy life..If only it had been like that.
The rest of the world wasn't doing so well either..
Ronald Reagan took the oath as our 40th President...yeah, this just keeps getting better and better.Soon as he was sworn in they set the 52 American hostages free. They were there since 1979.Don't know what kind of deal the Reagan administrat 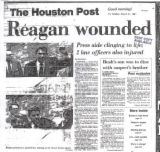 ion made with them to get them set free, but think we are still paying the price for it..
President Reagan was shot along with Presidental Secretary and two law-enforcement agents.Gee wonder how many people's lives might have been

saved from aids if he had not made it. Considering he was President for 8 years and never said the word...Thank Goddess for Elizabeth Taylor who started the first Aids Organization..
It was a bad year for getting shot..Pope John Paul II was wounded by a gunman also.
Reagan nominates the first woman to

the Supreme Court, Sandra Day-O'Conner.
This is also the year that aids was discovered and for 8 damn years the administration did jackshit..fuckers...
The music was a little better, but not much..They sure had some weierd ass songs..'Europa and the Pirate Twins'by Thomas Dolby,'Wild Colonial Boy'by Dr. Hook,'Planet Earth'by Duran Duran,'

Ooooo...Foreigner "Double Vision" was my first album I ever bought.
Actually, one of my brothers paid for it because he was so proud I didn't pick a disco album. Hell, they kicked my ass if I listened to disco.
We can pretend that 1982 never happened if you want.

*sigh* The Police. I was in love with them...still admire them...and adore Sting regardless of the fact that some of his recent stuff is just crap. Loved "Dream of the blue Turtles."

And the band played on, eh? (Reagan Admin and AIDS).

Sting was my first love, they were just getting big when I started high school but by 1981 I was Adam Ant obbsessed! <3 he was soooo sexy with that little white stripe on that cute nose of his!

He was in the press a few years ago (Uk) with mental problems, poor guy.

fuck I hated air supply with a passion.

tainted love...was and still is one of my favourite songs.

heh mental as anything....shew all you have left to mention of my beloved old aussie bands is the angels with doc neeson the GOD!

We do what we think is best for our kids and sometimes it bites us in the ass.

I feel blessed that you are my friend. :)

*laughs* I knew about 2 of the rock songs you listed, but all of the country one!

1981...the year the doctors told me I didn't need any thyroid and stopped my prescription. Everything was a downhill spiral from there.

I despised Reagan almost as much as I do Bush. When he finally died, I was appalled at the fake "mourning" that the country went into over that jerk. What short memories we have! He sent so many innocent people to their graves because of his homophobia.

the 80's is not too good for me musically . except for some sounds like that from police , jl and pm .
it's enjoyable 'though coz of the simpsons . i heart homer !

I was born in this year! So it was a good year indeed. Good for me anyway, not so great for the rest of the world.

God...Was I really that young?
In my defense,that was the year I knew EVERYTHING!

Your dad was a nice looking man.
1981....AIDS - I was living in the SF Bay Area at the time, they called it the "gay flu" and shut down all the bath houses. Has it been that long?

Hell yeah George Jones. That man can sing!! My aunt says his hair looks like plastic.

Ditto what brightyellow gun said.
Reagans dyed black hair and shoulder pads made me want to puke. I was once again thinking "Are people really fooled by this old fart running up the federal deficit?"

I was at the height of my "party" stage then-I tried almost anything that didn't involve a needle. Had a good job, in my early twenties, no work-place drug tests~~~~those were the days. Damn, it's a wonder I survived. I do believe that I've burned out more brain cells than most people ever use............