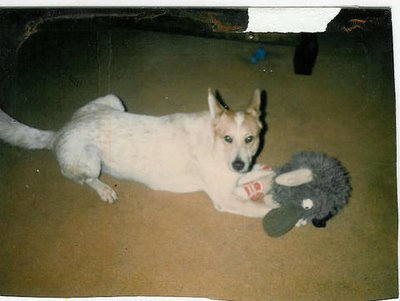 I could drink...I started out drinking when

I went to work as a waitress at

tall sling glass with a tall sling glass full of coke as a back....if I had two someone had to drive me home...that was at the beginning..in 3 months I could drink and dance all night long with the best of them...by 1983 I was a world class drunk...and getting better...or worse as the case may be..I would still go to West and drink but not as often as I found it much easier just to keep the booze in the house and stay there and drink...the first time I have ever kept more than a six pack of beer in the house..I bought bottles of wine, liters of rum,whiskey,tequilla,vodka,and cases of beer as apposed to a six-pack..I bought from the liquor store instead of the convience store..I had upped the ante...the more I thought about my Daddy, the more I cried..the more I cried ..the more I drank...ugly thing a vicious circle..To top it off I had gotten fired ...first time since I got fired for being a'nigger lover'when i was 20 years old(not my words, my bosses words)...I had developed an attitude after Daddy died, plus I was hung over every morning..but telling a dead beat customer that if he would pay Wiggley the money he owed I might be a little faster on his deliveries...well, he complained to Dallas headquarters and they came down and fired me...poor Wiggley..he was in tears and couldn't look me in the face...it wasn't his fault and I knew it..he wouldn't have done it which is why they brought the guy down from Dallas...and as much as I hated it..I really didn't give a fuck..(about 5 years later the guy that got me fired saw me in a store and don't know WHAT he was thinking but he came up to me while I was in line and said."hi, how are you doing.nice to see you..etc." I looked at him ...smiled real big and said...."hey.....FUCK YOU COCKSUCKER"...and turned my back on him...ahh yes...felt guuuud....
Anyhow...in one of my trips to Daddy's he had signed over life insurance to me and the kids...boy was irmatheworm pissed....hahahahah...and she sold Daddy's camper trailor and gave me

my half, plus the SS I got every month..I was ok...but it just gave me all that free time to drink..no responsiblity of getting up every morning and going to work...could drink all night long and sleep all day..or what ever I wanted to do...Which was drink all day and all night an

d sleep very little..my link to shore was severed..The world at large wasn't much better...The second space shuttle Challenger made a successful maiden voyage, which included the first U.S. space walk in 9 years.Sally K. Ride,32 was the first U.S. woman astronaut in space as crew memeber aboard space shuttle Challenger. Supreme Court declare many local abortions restrictions unconstitutional.The United States admits shielding former nazi gestapo chief Klaus Barbie,69, the 'butcher of Lyon Lyon', wanted in France for war crimes.Nice going you guys...no wonder the French hate us.South Korean Boeing 747 jetliner bound for Seoul apparently strays into Soviet airspace and is shot down by a Soviet SU-15 fighter after it had tracked the airline for 2 hours:all 269 aboard are killed, including 61 americans.Terrorist explosion kills 237 U.S. Marines in Beirut..U.S. and Caribbean invade Grenada. Don't worry..the music isn't much better..if you want to get technical..the music was a good enough reason to drive anybody to drink...not that I needed an excuse..but with songs like'Freak-a-zoid'by Midnight Star it didn't helped.
There was also..'Flashdance'by Irene Cara,'Foolin''by Def Leppard and also 'Photograph'.'Gimme all your loving'by ZZ Top,'Give it up'by K.C. and the Sunshine Band,'Holiday'by Madonna,'How am I supposed to live without you'by Laura Branigan,'Is there something I should know'by Duran Duran,'Iam'by Twisted Sister,'I cannot believe it's true, I don't care anymore and It don't matter to me'by Phil Collins,'I don't remember'by Peter Gabriel,'I guess that's why they call it the blues'by Elton John,'Karma Chameleon and I'll tumble for ya''by Culture Club,'In the neighborhood'by Tom Waits,'I.O.U.'by Freeze,'Irrestible Bitch and Little Red Corvette'by Prince 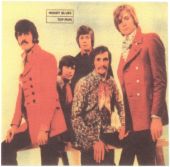 But when I was tooling around in my little blue jeep I generally listened to 'Swinging'by John Anderson,'Jose Cuervo'by Shelby West,'Lucille(you won't do your daddy's will) by ole Waylon,'Pancho and Le

ft'by Willie and Merle,'What am I doing the rest of my life'by Merle and'Leave them boys alone'by Hank,Ernest Tubb and Waylon...
I was a sad, lonely,weepy drunk...don't get much worse than that...But...I had company now...one month to the day after my Daddy was buried..MJ's dog Redrum(yes that Redrum.) gave birth to the bigget fattest cutest little pup...he was part chow part white German Shepard....I rescued him from under the house...cleaned him up...(covered with shit) and he became the best friend I have ever had..I named him Bill after my Daddy..I stayed up all the time so I could potty train him...he slept with me...He was my dog..but he loved everyone..also slept with the boys and with MJ...He loved to hide under the jeep and jump our barking and scare the shit out of the mailman, and delivery guys..He was my partner in crime..he figured out that byebye..meant I was leaving and would run jump in the jeep..I took him everywhere with me.I would go to Dairy Queen for a burger and ice cream cone and him a hot dog..the girl would say do you want onions on the hot dog..and I would say'Bill...you want onions?' and he would nod his head up and down...they loved it...he was smarter than all three of my x-husbands put together..Next to Daddy.............I miss Bill the most....

Yeah alcohol can snag you so bad sometimes, especially through a rough spot. I'm glad you got out of drinking!

And as for the dude that fired him..I loved what you said to him!

Drinking has wrecked more lives and families as any drug out there , but yet we Americans stilll "party hearty."

gotta love a dog that has a sense of humour I can almost hear him doing a *muttley* laugh afterwards.

I still miss our 16 year old dauchie that passed 3 years ago. I always will...

Jackisue, good post as usual, interesting to read and has some humor to it. Take care.

*giggles* I've been contemplating getting a bunch of throwaway e-mail addresses and send a new e-mail every day to the woman who laid me off saying "fuck you and the horse you rode here".

And, it's a good thing I have a bad stomach, because I have a feeling I'd be a fall down drunk if I could drink more than one a week. My daddy was a serious alcoholic, and I have enough of his tendancies to think I'd be one too if I ever got started.

Love the photo of Bill .. he looks ready for hi-jinx and adventure! I think a dog can be the BEST partner in crime .. loved the hotdog story .. :)

Ya know I have never had rum n coke, just Jack D. I will have to try it sometime in honor of you.

I've always been a cheap drunk, never could handle it. But I know my limits and I do enjoy a drink once in a while. I never liked the out-of-control feeling being drunk gave me. Now dope is a different thing.....damn workplace drug tests knocked that in the head!

Bill sounds like the kinda dog all us gals need.

I think Boy George drove many people to drinking.

Your story made me want to drink. I don't think you intended that but I want stories like that too.

Bill sounds like a great dog. You sound very, very sad at this time, though. I'm eager to read how you got through all this.

god bless bill, i spent a few hours on the net checking out dogs at shelters today.(slow day at the cracker factory).

i must have seen 10 dogs i would love to bring home.

Bill sounds like an awesome dog. I believe the best dogs in the world are the mongrels and the half-breeds; purebred dogs are too uppity and seem to have too many issues.

Sort of mirrors how it is with people, too...

I remember that bombing so well. Shelly and I lived in Norman then and I knew something was up. Early in the morning, all kinds of military air traffic started (Tinker AFB in Midwest City is only about twenty miles north.)
Sad think was, I remember political cartoons just before that of a duck with a marine uniform and helment. (It was saying our soldiers were sitting ducks over there, and they were.) So right after that Reagan invades Grenada to call atention away from his big mistake.

I was my dads favorite of all twelve kids. I miss him dearly. Hugs to you.

You've got me sniffling here, Jac! When we were kids, my sisters and I had a dog named Bowser. Christ. He was the best. I always get choked up when I think of him. He would herd us into the yard whenever a stranger came down the cul de sac.

I just finished reading James Frey's A Million Little Pieces. PLEASE read it. I was stunned. I don't care what's true or not, screw Oprah and the rest of the people who say we've been hoodwinked. Memoir or not, I LOVED that book!

Never could get a taste for tequilla. Used to do wiskey sours with beer chasers. The effect is the same.
I haven't found a dog that I was that close to since I was 11 years old. That was Clyde Dinkledorf II. There never was a first.
Loss is a terrable thing. The price we pay for loving others.
Gonna get me leaking again. ;)

Swinging - now that was an awesome song!

It always amazes me how when we are at our most desperate and miserable times everything seems such utter crap, yet later when we look back we can see the good things that we might not have been able to notice back then.

You've come a long way, Jac. Although Bill's not with you in body, I'm pretty sure he's still alive in your heart. :-)

I agree that the music is not very good that year atho' I love Phil Collins and his music.

In 1983 I turned 18, the landlord of the pub I'd been frequenting for 2+ years asked what the celebration was ... after I told him , he just frowned and poured me a pint.
Spandau Ballet's "True" was ( and still is an awesome song

ooer it’s been a while since I’ve said this...thumb up yer bum.

As the saying goes, alcohol will take you from Park Avenue to Park Bench.

I think I got chased home by Bill a couple of times. Somehow, I always had someone's day coming after me.

Being a weepy drunk is at least better than a beligerant drunk. But it is a damned good reason to get off the sauce. Glad to see you realized it.