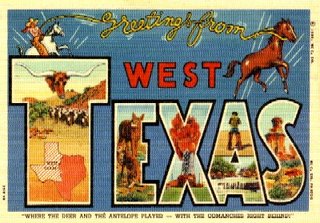 Another weird and wonderful day in West, by Gawd, Texas....Remember a few weeks back when the town of West thought they were going to have to cancel the bbq cook off because it was so dry and danger of wild fires?..The bbq is this weekend..started last night and it goes through tonight...It started raining last night and rained all night long and this morning and stopped about 9am or so...and supposed to rain again later on and this evening...Wind was a blowing, thundering, lightning and just your typical Texas thunderstorm with lots of the wet stuff....I love irony.....
I had to go out this morning to the library as it closes at noon and doesn't open till Monday at 3pm..so wanted to get some reading material...The library is at the south end of town, I live at north end of town...the rodeo grounds where the bbq cookoff is is right behind and to the west of the library....it wasen't raining so turned the heater on and rolled down the window...the closer I got to the library the more I could smell the bbq smokers...there were between 70-85 smokers out there cranking out beef briskets, beef and pork ribs, chops and steaks...oh my goddess...the aroma was unfuckingbelieveable....front of my elvis presley tshirt was soaked from drool by the time I got to the library...and their not selling any of the bbq this year...don't know why, but boy am I pissed..I could have done with a bbq sandwich ....or a slab of ribs...enough to piss off the pope...
On to the rest of the news in West.....Now...am I the only one that never heard of Czech bagpipe players? At the McLennan(our county)-Hill Chapter of the Czech Heritage Society of Texas they are hosting a program describing the Czech bagpipes of the Czech Republic at 7pm on March 28th at the West Community Center.The program will consist of a musical and cultural history of the Czech bagpipes, with rare photos from the Czech Republic. 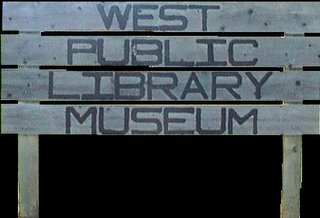 Call of Dudy, the first and only full-length documentary film on the Czech bagpipe tradition, now on DVD, will be screened.(add your own doody jokes here)
Fresh off the success of a Mid-west tour,(hooboy) Czech-American bagpiper Michael Cwach and Texas-native, Prague-based filmmaker Jefe Brown(is that a czech name??) are currently on a tour of the state as they are to visit approximately 15 Texas towns in presenting the new documentary fim Call of Dudy('duty' means bagpipes in Czech).
Bagpipes are generally associaed with the Celtic Fringe of Europe, but one of the richest and most ethnically diverse bagpipe traditions can be found in Central Europe,especially in the Czech Lands and neighboring Bavaria....
well, who woulda thunkit...
Damn, the West High Schol Trojan Band missed becoming a "Sweepstakes Band." It had something to do with getting an l instead of ll.....or something...We celebrated 2 marriages, 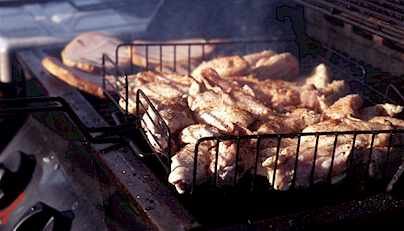 3 birthdays and three births...1 engagement and 2 deaths...
Tommy Muska's family is having a Memorial Baseball and Softball Tournament for April 1st and 2nd in memory of their son Nick Muska who died a year ago in a car wreck..I think you remember me posting about it...I see Tommy Muska all the time in town and I swear each time I see him he looks like he has aged a year...Nick was a great kid and was a great son and he and his Dad were very close..it is slowly wearing him down...breaks my heart...
94 years ago H. V. Aderhold(still have the funeral parlor here...huge building..lots of deaths in West)was thrown from his hearse while driving to Abbott Wednesday night and was seriously injured. The hearse wheels dropped off the end of a culvert, throwing Mr. Aderhold from the driver's seat fracturing his wrist, shoulder and breaking one rib.(wonder if he was tipping at something to keep him warm)
West Lady Trojans placed second in the Athens softball tournament...A Leroy hometown boy is going to compete at the Houston Rodeo, he is ranked 8th nationally in steer wrestling.His name is Cody Pratka in case you watch rodeo.... Kyle Pustejovsky is going to play in the All Star Basketball game in Grandview, Texas... way to go kids..
Small clue to the dynamics of West....there is an ad for enrolllment for West Elementary, Pre-K and Kindergarten with all the infomation you would need...in English...right below it is same article...in Spanish......lots of 'non green card carrying' families...
Martha Willig celebrated her 90th bithday...Everyone had a nice time...so it says..

So that is the haps in Wild West this week...just wish you all were here to enjoy the bbq.....
hell I wish I could enjoy the bbq.....damn..They had asked for people to go up there and be judges......I should have volunteered.... I eat bbq, ribs, pork, etc....I would have been open to bribes too...
fuckme till i am tender and juicy and smoke comes out my ass.....

I am seriously considering going to just a cell phone. It would be cheaper. I'm paying for 2 phones and I hate talking on the phone. Doesn't make much sense, does it...

Screwed up from normal sleep hours and daylight, eh?
Never heard of czech bagpipes.
Squirrley is fine, I saw him on the ground below eating some of the sunflower seeds I threw out there. Hopefully, he will stay down there and not get back on the roof making noise trying to get back in.
It stopped raining here.

Dammit I am hungry now.

I asked for this pulled pork Island sandwich while I was on my beach vacation this week and the chick comes back with 2 pieces of pork on a bun with onions. Where is the BBQ and no pulling? grrrrr I'm headed your way then hehe ;)

mmmm barrrrbeeeeqqqqq...what the hell is up with that...not frigging selling any.

I bet there is a clause in the towns insurance that says no food can be sold unless it is a licensed vendor with health inspections and all that. Trying to keep from paying all the food poisoning claims.
I'd pay money to see that smoke thing. :)

Is that one of those Barbeque cookoffs that they show on the food channels? I feel like jumping into the TV when they show these because I just LOVE barbequed ribs and pulled pork sandwhiches and everything..I've seen some of the contraptions they build to cook their barbeque in and all that nice juicy meat shows up so good on the TV.... slobber me a river! You'd think they'd sell some of what they make, shit, what are those rich people gonna do with all that barbeque meat..little bitty appetites rich people have hehehehe. Thanks by pubishing all the news that's fit to hear about West...can always depend on you, the more I hear about this little town the better I like it...slobbery hugz, Linda

I am going to have to visit Texas. My niece was there in the National Gaurd she loved it. She said Texans really know how to party harty.

Damn barbeque does sound good! Barbecue and a bottle of Blue Moon. Hrrrrmmmmmmm!

Bagpipes come from ancient Egypt. They found a really early pipe in a woman mummy's sarcophagus.