THE BEST SCREENPLAYS EVER? 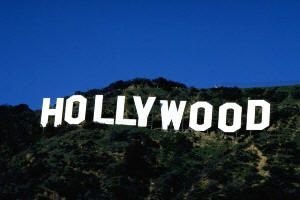 1. Casablanca
2. The Godfather
3. Chinatown
4. Citizen Kane
5. All About Eve
6. Annie Hall
7. Sunset Boulevard
8. Network
9. Some Like It Hot
10. The Godfather II
They made a list of 101 ...these are the top 10...
So ........what do you think? What are your top 10 screenplays?.... I know that I truly believe that 2 of the most over rated movies ever made are on this list...2 movies that I, Jackisue...just didn't get or like and no matter how many times I watched them I still found myself saying "What is the big fucking deal about this movie."
So I want everyone to give me a list of their top 10 screenplays....I will make up mine too.So get cracking... 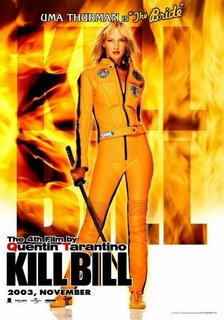 ok.....kill bill one and two
reservour dogs
high noon
the thing(original)
manchurian candidate(original)
old yeller
to kill a mockenbird
dirty larry and crazy mary
the wild bunch
and all the dead end kids movies...
Posted by yellowdoggranny at 4/11/2006 01:50:00 PM

"What is the big fucking deal about this movie." Or any of them.

Hmmmmm I'll have to think about it...*scratches head*

LA Confidential not being in the top ten is absolutely ridiculous.

ok, two movies that i think are over rated Casaablanca and Citizen Cane...watched them many times trying to find what everyone else thought was so great..thought they were boring and just didnt get it...and annie hall always makes my shoulders twitch when i see it...like im trying to shake something off of me..

hmmm okay but shiit now i will have to think.

to kill a mockingbird will be up there on mine i know that.

WHAT! where the hell is Hoosiers my favorite movie of all time, it tops every sports movie list! haha :)

Looking at this list just reinforces my belief that screenwriters need to get out more. Profits equal good I guess.

My top 10 screen plays?
Amazon Women on the Moon
Mars Attacks
The Prophecy
Rocky Horror Picture Show
The Birdcage
That Shirley McClaine movie...heehee
Secondhand Lion
Big Fish
The Postman
The People under the Stairs
I could go on and on but I won't, for you and your dear reader's sakes.

oh okay did you want them here...i whacked them on the end of my latest post.

nope...once were warriors had no stinking russell crowe [tho i don’t mind some of his films...check out romper stomper was gunna add that but ran out of listings] in it because jake the muss [temuera morrison...ouff] would have buttfucked then knucklefucked him. worth a look js. really. but be prepared for all the emotions. pretty raw. it’s a kiwi film regarding a maori family. if you get a chance to see it...do so and lemme know what you think.

the odd angry shot [vietnam movie] and gallipoli [set in ww1...with mel at his ouffiness] are the aussie one’s.

5, 7 and 9 are three of my all time favorites. 5 in particular, the writing was so top notch and smart. I can watch that movie over and over and over.

Chinatown, I NEVER cared for that movie and thought it was pretty overrated.

me and ruby aren't much into opera or any crap that takes itself too serious.

I think my top ten would be (No order):
2046
belle ville rendez vouz
Sans soliel
A clockwork orange
Withnail and i
Dark city
La jetee
Life on a string
Blade runner
Natural city

Seems right and just that "All about Eve" is in the top ten, also agree that "L.A. Confidential" should be in there too. I'd also add "A Beautiful Mind" to that list. Russ Crowe wasn't at all "oofie" in it (cheers Apos) but it made ya think about scizophrenia and mental illness and how bloody scary it must be. Or it did me anyway.

There is a difference between favorite screenplay and favorite movie but you are getting my favorite movie list, and I will not be joining the Peace Corps.
Casablanca
V for Vendetta
Last of the Mohicans
A River Runs Through It
Animal House
Infernal Affairs
American Psycho
Batman Begins
Whale Rider
The Big Lebowski

I don't like Casablanca... and Citizen Kane was weird. My favorites (no order):

wow that is a tough one - but I would have to include Gladiator, Animal House, River Runs Through It, Braveheart....wait a minute...I see Mrshife has my list LOL I think I love him ;)

ohh and the cowboys i loved that movie. frig i need to stop thinking about movies.