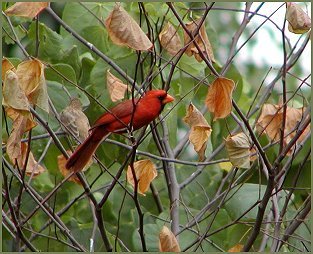 Life is good..there are a pair of cardinals on my porch, the male is feeding the female bits of bird seed and a pair of doves are pecking around in the yard looking for treats I have tossed out for their enjoyment. The sky goes from sunny to stormy in a matter of minutes, and I am just sitting back on my chubby little ass...enjoying it all...
Over the weekend I hit two of the little anitque shops to see what I could find in books. I found a paper back for $2(what a ripoff) about The Texas Rattlesnake, the unfiltered, completely unauthorized story of Steve Ausin...Normally this is not something I would ever buy, but David O's daughter Sara is a huge wresslin' fan and thought she would like it..but I am hoping that I made a good deal on a, probably incomplete set of Thackeray's Works...nine books...some are in very good condition and a few are not as good..but all are complete and I bought them for $15. Don't know if I will make more by selling them individually or as a set. Will have to check out ebay and see..
I am reading a science fiction book..I like fanatasy more than science fiction but this is kinda sorta both?....It is The Protector's War by S. M. Stirling and I really do like it. Not finished with it yet, but so far it has been very good...Kind of a futureistic type..but takes place in th later 90's..and its not sci-fi...we are back to lances, arrows, swords, and farming...somebody intentionally messed with fusion and now, no machinery , guns don't work, bombs don't work,cars don't work...nothing..we are back to the basics...most of the population is dead from either what happened at the beginning or the after math..starvation, desease, etc..so it is really intresting.. 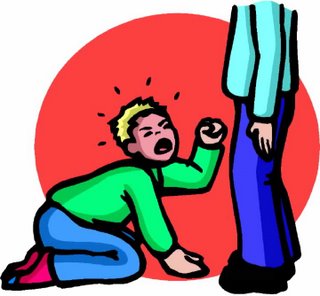 I don't like most reality shows...I will watch survivor if nothing else is on...I kinda like the great race, but if some thing better is on..well,...like I said..I would rather watch something else..But Sunday night there wasen't jackshit on and ended up watching some reality show abut rich kids vs poor kids...the rich kids are mulit wealthy..daughter of rich emir, daughter of asian religious leader, sons of multimillionaires..daughters of billionaires...they were the most disgusting little shits I have ever seen in my life. Then the poor kids are kids who owe college money, working through college,etc..just basic working class kids...(I love the one gay kid who is so open and honest you just want to kiss him) The premise is they are paired up rich/poor and have to work certain jobs...winning team gets to stay the rest are voted on by each other and it is like watching a train wreck..these rich kids just have no idea of what real life is about...and don't give a fuck....first thing out they are wandering around looking for some one to carry their bags, clean up after them, and tell them what to do and where to go...they are hateful, mean spirited and brag about how rich they are(its all Daddy's money) and how tacky the poor kids are..make fun of them..talk shit to them...insulting, and just plain little assholes...oh my goddess, by the time the hour was over I wanted to hunt them little fuckers down and bip them into the poor house....Out of the 6-7 rich kids there is maybe one worth letting live..the rest should be put down like a horse with a broken leg...they are worthless individuals...they have no redeeming qualities what so ever...they don't do charity work, they don't give money to charity or do any thing...except buy stuff and go to parties...
I will take my granddaughters over these kids any day of the week...The only hope these kids have is if Mommy and Daddy see the show and realize what useless little shits they have brought into the world and disown them....
fuckme till I can slide through life on my money and good looks

I just read a great book by Claire Saintcrow called "Working with the Devil" great fantasy book and I think it would be right up your alley!

Our lives are enough "reality shows" enough....good ones though....damn good to read you...I have been under a deadline for my dang nab play and am totally wiped,exhausted and dog tired....I get a big chunk of money on Monday and will buy a computer!!!! Finally!!!I have not eeven read my emails for 6 days!!!!Where is the internet cafe???

Ugh... I hate reality shows and that one sounds like it would make me vomit.
Bird watching is much better reality.

i watched the amazing race last night...i like that one. and the "good dick" is taping survivor for me oh how i have missed that show...still haven't watched it am saving it for a crappy tv night.

laughing at danno up there. aww i looove danno.

Love your new tagline too!! Go back to my blog, I added something at the bottom of my last post.

I just don't see why anyone watches so called reality shows. They have nothing to do with the real world.

If the rich parents were to watch their kids in that show they would blame everything on the producers and try to ruin them.
would have found the three diferent things in that picture but I had to go change my shorts. :)

That sci fi sounds great, i never liked guns, so it sounds like a good idea the author has made, am reading two fantasies/adventures at the moment, the lord of the rings 1, and another tolkien book called tales from the perilious realm.

Eh, I wish I took the time to read more...I usually end up watching TV..hooked on news a lot, though have taken a liking to some of the shows which eliminate people for the top prize (next Network Food star, next top model, next top chef... pretty pathetic, I guess, but I enjoy watching the human dynamics). The brats thing sounds like something that would irritate me too much to watch...

Now don't be too harsh judging the kids. I have actually known some trust fund babies who have never had to work a day in their lives and I have to tell you, they are some of my best friends in the world and were never at all like the shits you talked about here. Keep in mind that there's a tv camera there so a lot of it is an act. There's no such thing as a "reality" show...even the most "real" are staged to a certain degree.

Yeah... damn the little rich bastages... I didn't see that show but if I did I'd probably throw a bottle at the TV. The little shits have the world by the ear and don't even know it... they could be doing something worthwhile, but nooo can't do that.

the texas rattlesnake is a pretty cool guy. he had a better gimmick than most of the crap today and he probably sold lots more t-shirts and action figures than todays steroid loaded goofballs.

stonecold was 100 times better than hulk hogan. (one man's opinion)

I love reading this blog and the replies. I'm always smiling and shaking my head when I leave. :)