While I have been stewing about the loss of Babs blogs it has given me a great idea for a movie..along the Scary Movie vein....Family of friends on Bloggersite... we tell about our lives, our hopes our dreams, our fears, our nightmares, our deepest darkest secrests...cause that is what blogger families do...and then one day..one of the beloved memebers of this blogger family has her blogs deleted..they just up and disappear...then she dieds...maybe she goes to a new double feature of Mathew and Antonio movies and someone kills her in the theater (sorry Babs), and then anther blogger's blog disappears and then he dies....(I am sure Justin and Sooner can think of some interesting ways for the bloggers to die...)..( I would like to be fucked right into a heart attack by a really good looking, young republican)..heheheh
anyway..what do you think...I am the idea person...Soner and Justin(Seether) can work up the script...Ok, my work here is done...it is up to the bastid sons to ..in the immortal words of Tommy Smothers......take it...
Oh, did anyone remember that in Mary Hartman Mary Hartman, the actress who played MH MH..was the first wife of Woody Allen?...I loved that show...seems like it was popular around the same time that Dallas was really big....and I would rather have lived in Fernwood, Ohio that Dallas Texas....remember grandpa who flashed everyone...the trampy sister who had a thing with the priest...the country singer with the bald headed husband..who called who 'sugar babe?'..wish they would bring that one back and play it on TVLand...I would suffer to have enough money to get cable just to watch that all over again...ahhh the good ole tv shows...Some of my favorites didn't last 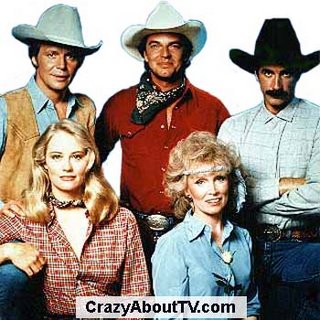 long..anyone remember The Yellow Rose?...a modern day western..with Sam Elliott...man, I loved that show....think it lasted one season...When they pulled it off, I wrote my first 'fuckyou letter' to the net work....I actually got a reply...they ignored my fuckyou..but thanked me for watching...And my favorite alllllll time didn't make it through the season tv show......???? HO EL BALTIMORE..........now how many of you remember that one? the woman that plays the housekeeper on 2 1/2 men was on it....she played a hooker..and the one where God was a towel man in a Men's Gym?..why is it I can remember this shit and can't remember what I did with the remote, the phone or my glasses...
and just for the record ...will someone tell me WHY asparagus makes my pee smell funny?
fuckme till Im a summer rerun..
Posted by JACKIESUE at 4/09/2006 09:09:00 PM

IT WILL BE CALLED, THE BLOG

Ummm... great Jackiesue... can someone else play me? How about Geena Davis?

Hi there
I have seen you on a lot of comments of blogs I visit so thought i'd check ya out. Interesting blog you got here. If you're casting I would like some cool young hip guy to play me.

Asparagus is just trying to remind you of what you ate.

If I'm in the movie I want to be played by that spider breeder from Eight Legged Freaks.

I sure don't want to die unless its real origional. :)

Quotes:
Martha Shumway: Now you listen here - there is nothing so bad that it can't be worse.
Charlie Haggers: That's a comforting thought, Martha.
Martha Shumway: That's why I'm here, Charlie. To comfort you.
(more)

I first began watching MH2 in the eighth grade on the advise of my friend Todd. We would laugh hysterically each morning in homeroom at the strange absurdity of it all. Though we weren't getting all of it at that age, we understood a lot of their references and learned a lot in the process. And suffice it to say that when "Soap" came on the air a couple of years later, we could only see it as a network ripoff of a show they didn't have the guts to take on before the waters were tested (and by the way, I'm not knocking "Soap" which was a good show. It's just that MH2, for all its absurdities, was riskier and more truly satirical, and...it didn't have a laugh track). One of the most special traits of MH2 was that it tended to focus on small town America's working class and the places they congregate such as the bowling alley or the factory break room. Though serials like All My Children and One Life To Live had revolutionized the soap genre in the 70s by focusing on more "topical" characters, it was still unusual for a soap (or a satire of one) to focus empathetically on the denizens of the other side of the tracks, sometimes referred to as dirty white trash (Roseanne would later revolutionize sitcoms in a similar manner). This was certainly part of MH2's charm. I grew to love Mary Hartman's kitchen (and other Fernwood locales) as if they were an extension of my own town and home. Too bad the show couldn't have lasted longer than it did. Let me finish by saying this...about 5 or 6 years ago Lifetime network began reruns of this show and I was in my glory. For some strange reason, they stopped very soon into it and never resumed. But, I was fortunate enough to have viewed, for the first time in 20 years, the first episodes in which Mary is held captive by the guy who "killed the whole Lombardy family, two goats and six chickens" and, from the vantage point of my 30s, I was finally able to really "get it"; Mary Hartman is one of the great emblems of the distress of the mid-20th century American woman. Her hair in childish pigtails while wearing those little girl dresses, Mary was an example of the overly-consumered, growth-stunted American housewife trying to function while in a semi-daze. Her confrontations with adultery, contemporary feminism, and countless other social issues (often found within her own family) while trying to be the perfect little housewife and mother makes her eventual nervous breakdown more than just another crazy plot twist. In actuality, it was an inevitable progression. Compare her and her friends and neighbors to Carol Burnett's Eunice and other 70s television characters like Edith Bunker and you'd have a rather fascinating college course, I think. Perhaps I need to put one together! So, for those of you who have a similar fondness for this groundbreaking, offbeat series and to those who have never seen it, here's to bringing Mary Hartman, Mary Hartman back in reruns.

Jacki go see my blog I had to put my oar in about Bab's blogs...

You and me both JS! I can remember the minute details of a Brady Bunch episode from 30-some years ago but I couldn't tell you what I ate for dinner last night!

HAHA "fucked into a heart attack". That is golden.
That's really freaky - I hope she's able to get her posts recovered.

so you want to get fucked into a heart attack? well ok, that will be in my edition of your story tonight when i get home from work... anyone specific you were thinking, or should i just say "some really good looking young republican"?

Did you see where the giant rabbit is terrorizing vegetable gardens just like in Wallace & Grommitt??? Movies are coming true!!!! Instead of the blog let's write one where the Bush/Rove regime are overthrown and all of the appointments and legislature Bush passed is reversed!!! Gees, I am all paranoid now!!!! Goddess make sure you protect your minions!!!