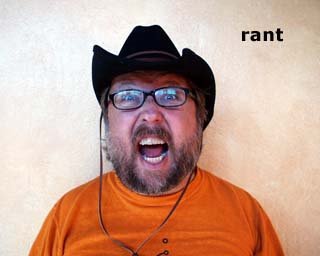 If this isn't enought to piss you off...nothing will...Nuestro Himno that is the new Spanish version of our National Anthem, the Star-Spangled Banner. This is the brilliant idea of British producer Adam Kidron, he said he saw it as an ode to the millions of immigrants seeking a better life...Excuse the fuck out of me you Bristish mother fucker..why didn't you do a version of God Bless The Queen..and leave our national anthem the fuck along. In the week that he announced the song that features Wyclef Jean, hip-hop star Pitbull and Puerto Rican singers Carlos Ponce and Olga Tanon, it has not been well received. Many internet bloggers and others are very angry by the thought of "The Star-Spangled Banner" sung in any language but English.
"Would the French accept people singing the La Marseillaise in English as a sign of French patriotism? Of course not," said Mark Krikorian, head of the Washington-based Center for Immigration Studies, a think tank that supports tighter immigration controls.
The initial version of Nuestro Himno,or :"Our Anthem," comes out today and uses lyrics based closely on the English-language original, said Mr. Kidron, who heads the record label Urban Box Office.
Pro-immigration rallies are planned around the country for Monday, and the record label is urging Hispanic radio stations nationwide to play the cut at 6pm,CDT, today in a sign of solidarity.
Ok, about here is where I lose it...with the article , with the dipshit British guy, with the illegal aliens, with the whole entire fucking ordeal...listen to this shit...
A remix to be released in June will contain several lines in English that condemn U.S. immigrations laws. Among them:"These kids have no parents, cause all of these mean laws...Let's not start a war with all these hard workers, they can't help where they were born."
A resident of the U.S. for 16 years, maintains the changes are fitting, after all he says American immigrants borrowed the melody of the Star-Spangled Banner' from an English drinking song.
"There's no attempt to usurp anything. The intent is to communicate,:" Mr. Kidron said. "I wanted to show my thanks to these people who buy my records and listen to the music we release and do the jobs I don't want to do."
I am so pissed I don't know if I can actually type this well enough to explain my anger and what I think I will do about it.... 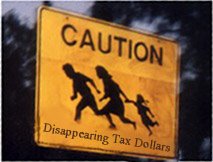 I don't buy records, cds, etc from Urban Box Office..but there are those that do...WELL, STOP IT...STOP BUYING ANYTHING OF THIS MAN'S. Let him haul his traitorous ass back to England..I wish they would take away his citizenship....now.
Monday they are going to protest by not going to work? Will avoid places and not spend their money? No one loves Mexican food more than I do...but I say lets stop going to Taco Bueno, Taco Bell, El Conquistidor, and all the other Mexican resturants. Don't buy El Paso products, or any other product that sells mexican foods, no taco shells, no tamalies, buy nothing that comes from Mexico. No mexican limes, lemons, or fruit of any kind.Get you a sign and stand in front of your local grocery store...one that says don't buy Mexican products..Wave your little American flag..I think we can shut them down a lot faster than they can shut us down..which is what they want to do..they want US...as is us and in the US to give in to them because they said so...welll fuck a bunch of mexican immigrants..I was sorta kinda on the line about this immigration problem..felt sorry for them and wished them well..but after this fucking national anthem in Spanish thing showed up ..well, you pushed me to a side for sure...now I am against it...I want all of you to pack your bags, bundle up your many kids and get the fuck out of my country...My COUNTRY....go back to your country and make it better..do your protesting there to your government and tell them to make things better there for you and leave us the fuck alone...if you all go back home there is a good chance our government will raise our wages and we won't need your $3.35 asses working our jobs...Go the fuck home...you're not wanted here...nor needed .....go make Mexico fix their system so you can get health

care, free food, and benefits. I don't care how bad it is there...I know that it is going to be really rough out here for you pretty soon..Because I can see it coming...redneck mentality...already a case of it in the Dallas paper..where two redneck boys beat the shit out of and sodimized a Mexican kid for trying to kiss a girl at a party...No it is not right and it is wrong what they did, and I hope they pay highly for the crime...but that will not stop it..There are more dumb rednecks out there than there are Mexicans...that's a fact.
I am so pissed...I wanted to be a good caring person...but somethings you just don't fuck with...and no matter how hard it is to sing that song, and no matter that we took a English drinking song and made it our anthem....our kinfolk are the ones who fought and made this country and yes we were immigrants...but that was over 200 years ago...it's ours now..we worked for it and we don't need it taken away from us by you....go home...NOW...

Hey Jacki jolly good rant! I came by way of Google's Blog Directory. When I checked my stats I saw people had come to see my blog the same way...did you see just how many people are blogging about this??? Go see my post if you havn't already, I'm mighty pissed about it too,...

AMEN
I could never say it better than this. I will be directing everyone to come over and read your blog. Right on sister.

I think haveing our anthem use an old dirnking song is fitting.
I agree and am getting tired of people coming here and trying to take control when they can't even make their own country function.
Hey! the funny letters are gone. :)

I really do not know what the big deal, what's in a language? It is the intention of the song that counts, which i am guessing is a good one. Also "You're not wanted, nor needed" is completely incorrect, if they were to leave right now, not one person missed out, your economy would collapse, as would mine. I really cannot be arsed wasting anymore time now, i'm not a nationalist, a patriot or a monoculturist. The only reason they are working your jobs is because of they are far cheaper to employ than you, the average american wage exceeds immigrant wages by a factor of 10, because there's no government control over businesses we cannot have a fixed wage rate that is equal for the job regardless of background. As for benifits, illegal immigrants make little use of it as they are barred from it. OK that's it no more, i have repeated myself too many times for sanity, so i shall end this debate.

i repeat..read my last sentence...

dont sit in your country and tell me how mine should be run...if im not mistaken we kicked your asses to have this freedom..we're tired of people coming over and taking it away ...like babs said about her blog..this isnt burger king..you cant have my country your way.....

Damn I was in a pretty good mood till I read this now im just pissed... but a good kind of pissed. The British guy? hes probably here illegally

Gee, I think I love you Jackie Sue. Couldn't have said this better myself. Including your last sentence.

I'm with you yellowdog,i'm not
buying anything labeled made in
mexico.I'm not going to any
mexican restaurants either.
I going to miss the meals,
but i have to resist for my
country.No more taco bell,
but that ok i can make my
own tacos i'm a pretty good
cook.

chatty has a good question, what is kinky's position on all this stuff?

i think borders are all artificial and national anthems are just something politicians use to fire up the rubes.

i like to clearly focus my hatred. right now it's focused on rich, cowardly, profiteering war mongers who are cooking this poor little planet.

i love poncho and lefty. poncho sounds like a mexican to me.

I saw the words Dipshit British guy ... and thought you were talking about me again ,lol.
I ran this same article and I think it's daft.
But does the USA have an official language ?I know only 27 states have English as an official language.
Here,in Britian it pisses me off royally when I get a letter from the council copied in Urdu,Arabic and fucking Swahili ! If you're in MY country you speak MY language !