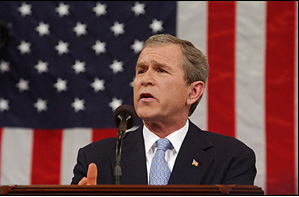 I watched, just because I wanted something to bitch about..so here goes.

....arghghghghghghhg!..That lying motherfucker...that stupid asshole..that ignorant dickhead...what the fuck? Does he think we are all retarded or smoking crack? The only en 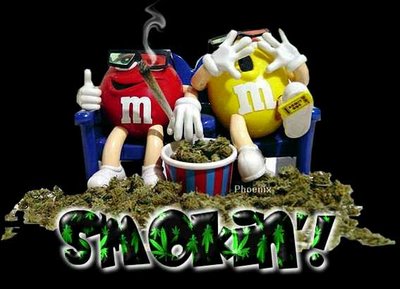 bb from Virginia..and to you folks in Virginia I have this to say to you... "

You lucky bastards."
wish we had someone like that to represent us here in Texas...cause he whupped on ole Bush's ass...he was terrific...I knew Bush was fucked when Webb pulled out the picture of his Daddy and brought up his son...who is currently stationed in Iraq....He said that the President entered into the war..'recklessly'.....oh man...I was standing up and cheering...if I could whistle I would have...as it was I had to settle for a lot of hurrahs and yes, kick his assess... Wasn't it a wonderful thing to see a woman as speaker of the house..that was 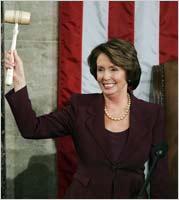 terrific...Made me proud to be a woman...About fucking time...Next...the White House...
Bush was his usual wormy little self..made me think of a snake oil salesman..trying to sell us his quick fix potion...give it a chance..my ass...you're had more than you're share of chances...too many chances and all built on lies...and we have over 3,000 graves for to show for all your chances...you want another chance...???? Pack up your old kit bag, grab a gun..and haul your ass over there you're ownself...yank your head out of your ass dipshit..we are not bending over for that any more.. Ahhh, it was good to see him g

i was listening to some djs this morning ... utterly ripping on him. the one dude says "you didn't hear word one about new orleans" (and presumably about mississippi as well) ... the other dj said, it's cuz we've adopted iraq ... new orleans isn't even in the united states anymore, we adopted iraq instead. i laughed my ass off not because it was really funny ... but because it shows just how damn stupid the shrub and his cronies are. they pointed out that had the saints won their game, their head coach woulda been there ... couldn't have ignored them then, huh?

you're braver than me ... no way no how i could watch him stammer and "grin" through another speech.

Oh I hears ya. I just ranted in my blog about our dick-head over here. Fucking waste of oxygen the pair of 'em! Do you think they really don't get it? Are they that stupid? or just arrogant and ignorant?

Wow, that hate is strong. You been drinking again?

I thought it was good. He had some great ideas about alternative energy and wresting ourselves away from dependancy on foreign oil.

It's a shame that blind hatred and partisan bickering will never help any of the good ideas come to fruition.

You made no substantive points, but I guess that wasn't your intention, so no biggie.

ender: yup..not even a mention of the new orleans, mississippi mess...he's in cover your ass mode..
beaby;think maybe they were seperated at birth..?
Jenn: this coming form a republican who's entire branch of government were like kids with keys to the candy store?..sugar if i was still drinking ...they would be dragging the local water supply for your remains...

barry:sweetcakes, what more of a point do you need..he's an asshole, who has lied, fubar'd the entire nation and is responsible for the deaths of over 3,000 american soldiers and over 100,000 innocent Iraqui's..how bout you sit on my point...
to all you republican assholes out there..please reread the side bar especially the part where i say if you don't like what i have to say you can kiss my ass and get fucked...thank you very much..

I just suggested in my blog that we should buy the motherfucker an ant farm to keep him busy and out of trouble. ;-)

I did not watch the bastard...
He makes my blood boil..

but, having said that.. I agree with every word that you said...


and you know... maybe someday there really will be a woman president and maybe then we can begin to repair the damage?

JS, We here in Virginny are damn lucky to have Webb... re: Bush speeches:has Bush ever told the truth about anything ever? Why even listen?
(yeah, i did too, dammit)

The zingers flying here are certainly better than the non-stop fucking tennis I have been forced to watch. I say, Fuck Off! with the Australian Open.

Is is hard to HATE this much or are you a natural blond?

ariadnek:welcome back...ant farm may be too hard for him...how about pick up sticks?
keth: it was hard..but i was by the computer and not right by tv..so all the things i threw didn't make it to the tv..
allan:webb, was sooo good..i love webb..
apos: always a little excitement around here...you would think they would know better...
dtodeen:sigh*...Im 63 you dipshit..there is nothing blond on me anymore..and I don't hate anyone..hate is like taking poison and hoping that the person you hate will die...i just want better for my country...go the fuck away...
tina: bless you my child..

I didn't watch it. I hate vomitting. hehehe... you pissed off some republicans! Great job!

babs: yes, my work here is done...pissing off republicans...what a life i have..

I typed alot to say to that idiot up there that commented - but I'll let it go, they won't get it anyway ;)

I didn't watch because it makes me physically uncomfortable to watch the leader of the 'free' world make an ass of himself to put it mildly.

My grammer sucks but his really sucks.

I started watching.
I fell asleep.
I count myself lucky.