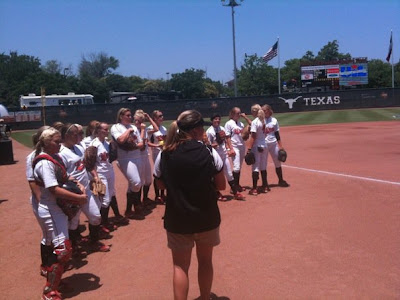 supercentex.com
is what I'm listening to..0-0 so far..My heart is beating so loud I can barely hear the game..CHIN UP TITS OUT GIRLS...CHIN UP TITS OUT.
I left a message on the supercentex site on facebook that if I had a heart attack I expected a autographed softball waiting for me in recovery.
Holy shit....

top of the 5th still scoreless...sigh*

Oh no! But they went all the way to 12 innings -- how closely matched those teams were!

Damn!
Well Chin out tits up girls.
I'll never get that saying right.

Man, I was pulling for them, bummer. Next year though.

they really got screwed...not being a bad sport..but it was really ugly..the runner coming into home plate to score (before the scoring run) ran out of baseline and our catcher tagger her in the head,trying to reach her..the umpire threw our catcher out of the game...wtf????????
it was a big brew haha...and was time consumming..freked everyone out..had to switch players postitons(plavas as catcher was unparraled) and threw them off rythem..anz the picture never got back into grove and the scored 2 plays later...good thing i wasn't there...i would have bipped the ump and got tossed...so wrong..

I mean to lose fair and square is one thing - to see a fiasco ruin things is another.

They've nothing to be ashamed of - they played superbly all year. So chin up tits out... and they look so damn beautiful when they do that...

No comment. None at all. Absolutely nothing from me on this one. Far too dangerous to say anything. I'm out of here.