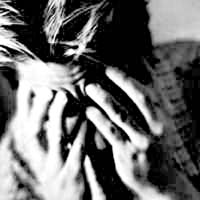 There are so many of our fellow bloggers that suffer from depression that when I saw this article in the Dallas Morning News I felt i had to share it with you all.It is in the Science and Medicine section from Jan. 1st. There is a depression treatment being studied.. at UT Southwestern.Researchers found that about 1/3 of patients experienced a total remission, which means they could return to the level of function they had before the depression hit.Almost half experinced some improvement. I think the trials were done with the medication Celexa.there is a questionaire that you can down load from the study's web site at www..star-d.org.
I think the reason they did the study with Celexa is that they are close to having a generic form on the market soon and it lingers in the blood stream for the right amount of time.
Something I didn't know was nearly 1 in 10 people suffer from depression with women affected twice as often as men.
i think if you want to read the entire article you can go to Dallas Morning News.com and go to Jan 1st and see if you can find the science and medicine section..Hope this helps someone..jac
Posted by yellowdoggranny at 1/02/2006 03:28:00 PM

Yep, that's a lot of people 1 in 10. And yet, it still seems to be that some people don't think it's an illness.
I've heard of Celexa. That's one I haven't tried. But who knows, I eventually get rotated around to different drugs. The brain chemicals get used to certain ones I suppose and it stops working.
Okay...looked this up..Celexa targets serotonin receptors in the brain. Serotonin helps regulate mood.
Cymbalta (what I'm on)- targets serotonin and norepinephrine. Norepinephrine is a stress hormone, so those with depression and anxiety are prescribed something like Cymbalta instead.