GODDESS SAVE ME FROM CHRISTIANS 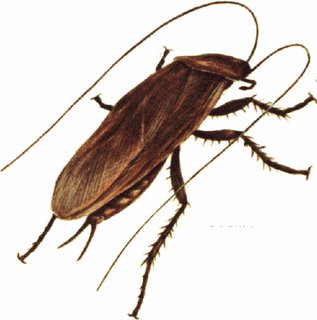 There were two articles in the Dallas am news today that pissed me off so bad I did't know whether to spit or go blind. The first was a great article by aTim Giago, an Oglala Lakota, and is the president of the Native American Journalists Foundation Inc.....the title of the article is WHEN DID RELIGION GET TIED UP WITH POLITICS?
It is pretty lengthly so I will do a rough recap..He talks about the fact that the suicide bombers kill and maim in the name of Allah, but their war is in firmly rooted in politics.And ironically, in America, we now are faced with a leadership that leans heavily on religious convictions when making political decisions.President Bush flaunts his deep religious feelings, perhaps assuming that all Americans believe exactly as he. Should our laws be based on the Bible, just as the lasw of Islam are based on the Quran?
History tells us that the Indian people of the Southwest, the Pueblo, were deeply religious, but it was the wrong kind of religiousity. It wasen't Christian enough. The Spanish conquistadors murdered, maimed and indoctrinated those who did not embrace Catholicism.
The Pueblo men and women were reduced to slavery, while their children were forced into schools where language and customs were beaten out of them, or so the conquerors believed. But some religious beliefs die hard, and the Pueblo people kept their spiritual beliefs underground until it was safe to bring them into the light.
What happened to the indigenous people of the Western Hemisphere should be used as a lesson to the rest of America.The new religious leaders scoffed at their spiritual beliefs, and forced conversion became the law of the land.

So when right after I read this article what do I find but THIS article..
CHURCHES GET CHUNK OF AIDS FUNDS..
President Bush's $15 billion effort to fight AIDS has handed out nerly 1/4 of its grants to religious groups, and officials are aggresssively pursuring new church partners that often emphasize disease prevention through abstinence and fidelity over condom use.
Conservative Christian allies of the president are pressing the U.S. foreign aid agency to give fewer dollars to groups that distribute condoms or work with prostitutes.The Bush administration provided more than 560 million in 2001. Secular organizations in Africa are raising concerns that new money to groups with AIDS experience may dilute the impact of the three-year old program.
So what they will do is weed out the programs that give out condoms to prostitutes or iv drug users. Which means your're going to die...but that is ok...you'll die in the name of Jesus...
Please Goddess....it's time....take him home now......we've endured enough...smite his ass ....smite him back to a brand new life....make his karma life start at the beginning as he has fucked this one good..he needs to start all over again ...as a cockroach.......yeah, a cockroach....one of Babs cockroaches......she will see he learns his lesson as a reincarnated roach...
fuck me till I beg for mercy.....

yeah i read about the aids/churchy thing this morning on yahoo...it's just another thing that makes me go "huh". wtf.

i think i have been lax in telling you...i adore that YOU fucked with my id ;))

Let's hope his dog has a WMD collar...

Going by the quoran AND the bible, both sides are doing wrong by killing innocents. I think both sides are as bad as each other, always have been, always will be. Both sides cherry pick from both religion and laws/politics to suit their own ends, and to serve the one god they truly do serve - MONEY.

Greedy, narrow minded arseholes the lot of 'em. The goddess should make sure that their every shit is a porcupine. :)

Funny, I posted my "own Canadian" blog before I read this post. I read about the Aids money yesterday. I also saw something about First's Aids charity not disclosing it's doners. Hum what else has he got to hide.
:)

The "Separation of Church and State" provisions in the Constitution are now simply ignored. . . Not that they ever held much water. That is largely why I renounced Christianity 35 years ago.

Until that smarmy little "bastid" leaves office, it's only going to get worse. It's so bad here in MI, they put a proposal on the ballot last year to strike down the rights of the GLBT community. And it PASSED!!! Assholes!!!

Last night, R and I watched that movied "Flight 93" on A&E and it was VERY well done! At the end, R wondered aloud, "What was it all for?" and I immediately blurted out "Religion!" The fact is that 9/11 came about because of insane religious fervor. Our government is absolutely NO DIFFERENT from those terrorists in it's religious fervor. They stoke the fires of hatred that burn in our own zealots here at home in order to get exactly what they want. I hate all organized religion. Mind control, pure and simple. THINK FOR YOURSELVES!!!!!!

There are barely any religions that promote any idea of peace, islam and christianity are no exception. I must write something on this soon. I need to get my political/philosophical arse in gear.

Suicide bombers aren't religious,they're either brainwashed or on fucking drugs !

I can deal with Christians, Muslims, heck, whatever religion. It's the ones who blindly follow without thinking for themselves that I absolutely cannot abide. The reason? They aren't truly faithful to the peaceful message of their religion. They can all go piss up a rope for what I care. Saminum bastiches.

PS I rather enjoy what you did to Pos' id as well...hehehehehe

i wonder if the priests wear condoms when they diddle the altar boys?