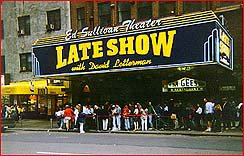 I always watch Letterman...Letterman Letterman..he's my Letterman...ok...enough...settle down...I can't stand Jay Leno..he actually makes my ass hurt...really...I watch him and I swear to the Goddess, my ass starts to hurt...but ass pain or no..this Wed. I will be watching Leno and not Letterman(pst..don't tell him)as Kinky is going to be on...He was on 60 minutes and I wanted to slap a bip on him soo bad...ok, Kinky we get it..your funny...you look cute in your hat, but stop the vaudville act and be serious long enough for us to take you serious..Like I said, it doesn't matter if your heart is in the right place if your head is up your ass.If the only thing I knew about Kinky was what he showed on 60 minutes last night..I would run screaming out of the room and cast my vote for good hair Perry..comparing yourself to Jesus isn't going to drum up alot of votes, nor is telling people to not circumcize me no more..especially when you are running for office in one of the most right wing christian states out there..and they really do think your folks killed Jesus..I'm not holding my breath about him even getting on the ballot...if he gets on the ballot I will kiss his ass in the middle of Oak and Reagan St. right here in West by God Texas, and you heard it here first folks.
fuckme till I wear black hats and smoke cigars..
Posted by yellowdoggranny at 1/24/2006 03:05:00 AM

So much for "seperation of Church and State". It's the same way here, all a politician needs to do is align themselves with the right wing and they are a shoo-in. Nothing else matters.

You crack me up. I will watch Leno Wed nite.

i saw kinky on 60 minutes and i'd vote for him just based on all the dogs he's saved. if old kinky can run a bunch of ads with stray dogs and willie nelson, he can win. but there's only one thing jews aren't very good at, keeping quiet.

you are too funny, Jac. Being an Indiana boy, of course Dave is my favorite (not that it's a real contest since I cannot stand Leno).

Kinky is certainly gittin' the press, but you're right, over in the great state of Texas it will be an uphill battle to convince some of those right-wingers to even consider voting for him... sigh. Even if he doesn't get on the ballot, though, I'll still buy his books! :-)

He makes your ass, hurt, eh? That is a descriptive way to put it! LMAO

You know you can get a Kinky Freidman talking doll now ? I know you want one :)
http://www.kinkyfriedman.com/catalog/product_info.php?products_id=86